2 fights have just been announced for Cage Warriors 118 on December 10th in York Hall, London. These 2 fights include a bantamweight bout, Josh “Crazy Horse” Reed VS Liam “Nightmare” Gittins. The other fights is a bout taking place one weight up from the last at featherweight, Kingsley “The Silent Assassin” Crawford VS Ben Ellis. 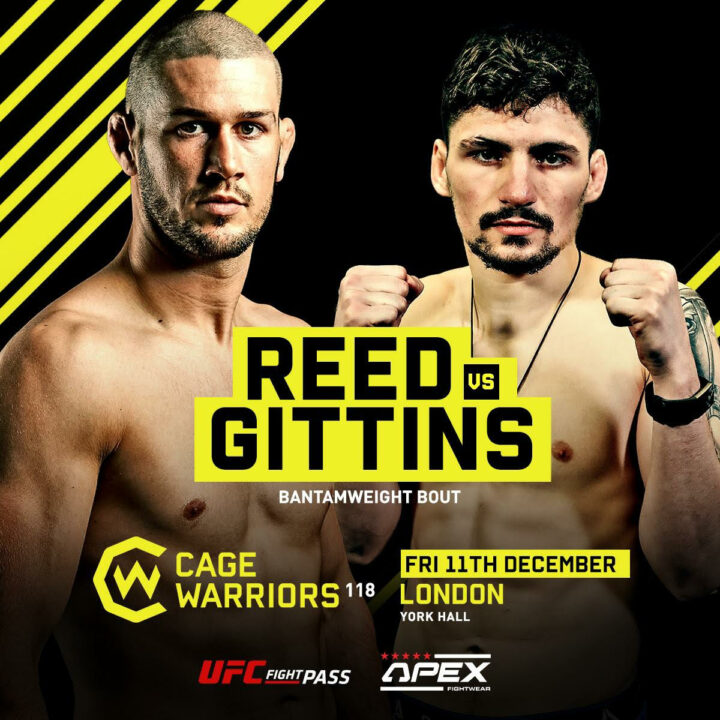 Josh Reed is hoping to have a two-fight winning streak after December 10th with his last fight being an impressive submission victory by bulldog choke but that will be a tough task against the previously undefeated Liam Gittins will be hoping to bounce back after the first loss of his professional career. 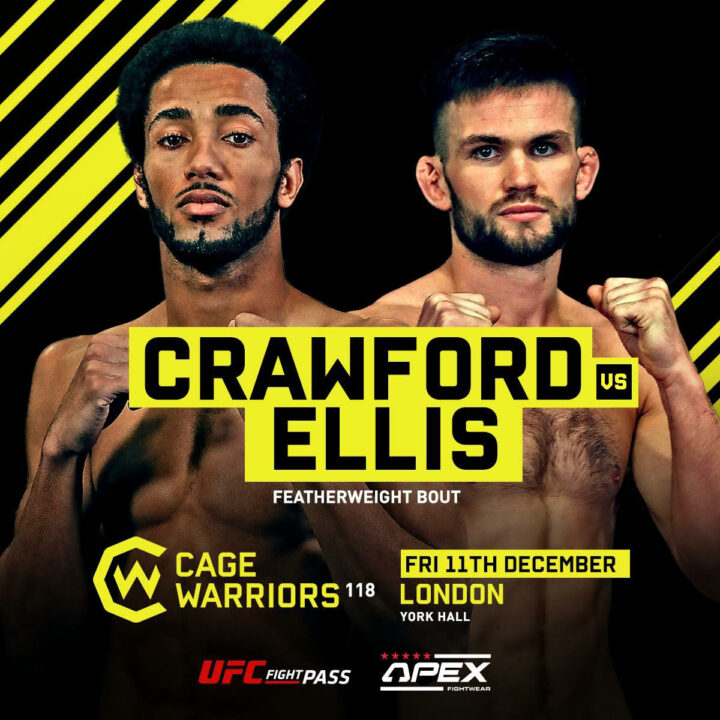 Kingsley Crawford will be hoping to extend his current streak to three wins after finishing both of his last 2 fights, one by submission and one by strikes, but this may prove to be a difficult task against the promising fresh-faced prospect in Ben Ellis who is undefeated in both his professional and amateur career and has finished both of his professional fights with ground and pound. This fight was originally scheduled for Cage Warriors 115 but sadly fell through.

This card is the middle child of Cage Warriors second trilogy series which features 3 fight cards over a stretch of only 3 days which promises an exciting week of MMA action.

So now that these fights have been announced the card is now shaping up like this: