MMA UK featured fighter Friday is back and it’s back with a bang. Every week we used to take an insight into a British fighter and having a look into their history, recent form and what to expect from them in the coming months and we have decided to bring this feature back and in the coming weeks and months we will feature British fighters, coaches, referees, we will feature legends, current champions and the up and coming fighters, the future of British MMA.

Doolan also has a successful MMA record of 17 wins, 9 losses and 2 draws. He is also a 1st-degree black belt in BJJ, 4th-degree in Kickboxing and also has black belts in Taekwondo and Karate. 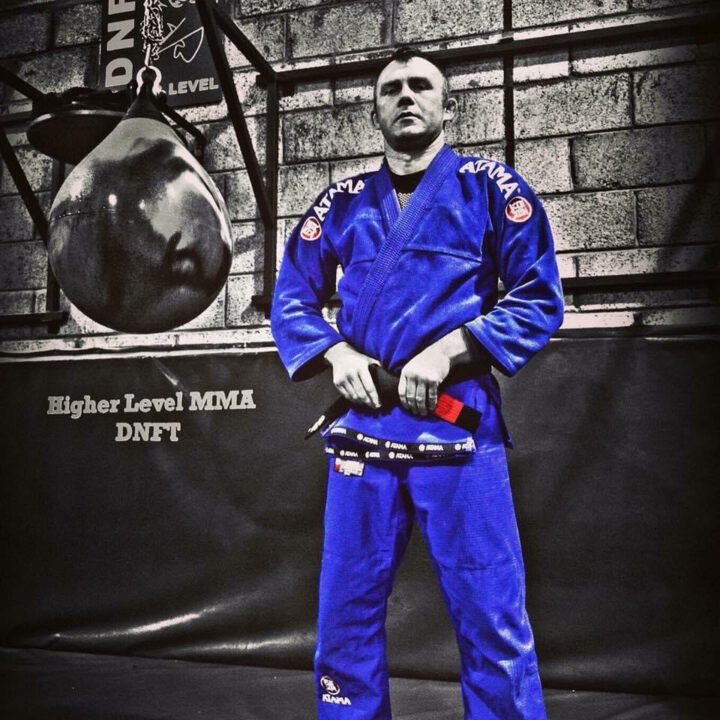 MMA UK: Welcome to MMA UK Featured Fighter Friday James, How young were you when you wanted to get into martial arts and was there any other sports you did before settling on martial arts?

James Doolan: I was around 8 years old I had been brought up on Bruce Lee films, my dad trained karate, I started Shotokan karate 1987. I also played football for a while under 11s 13s 16s then Sunday league for a bit

MMA UK: Did your dad take Karate seriously and did he reach Black Belt like yourself?

James Doolan: I don’t remember much other than him being out 2-3 times a week at karate and me bringing my pals around to watch him break bricks and wood with his hands and feet. I think he might have stopped at brown belt.

MMA UK: You mentioned Bruce Lee, Was there anyone else you idolised growing up that inspired you? 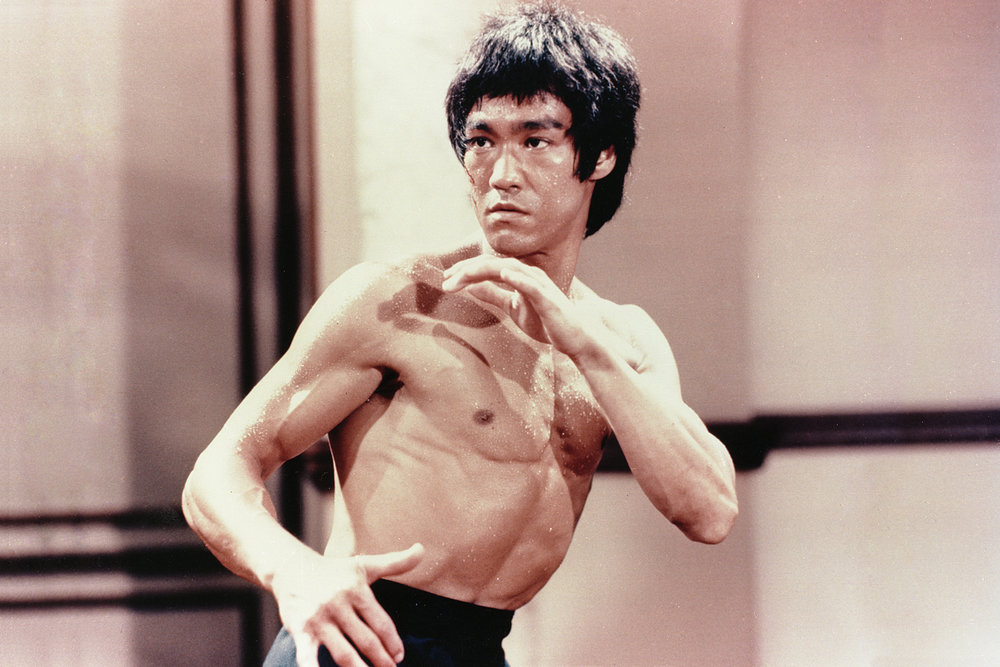 MMA UK: When did you start training in other disciplines and why did you choose the ones you did?

James Doolan: By the age of 10-11 I’d seen some fights outside, older kids or adults and I knew the karate I was doing wouldn’t fit in with what I’d seen, I started trying anything I could talk my mum into driving me too, Taekwondo, judo, Japanese Jiujitsu and hapkido. About 13 I started getting to boxing gyms. I was kickboxing around 15, Muay Thai at 17 and then BJJ when I was 23 with Scott Mcveigh in Glasgow who was a blue belt at the time. The ones I stuck at kickboxing/Thai boxing was mostly down to the coaches there, Gordon Russell was brilliant with me. He opened my eyes to martial arts and real fighting, BJJ I stuck with because I met Paul Mcveigh there and we were both there to pursue MMA.

MMA UK: You have 4 Black Belts across different martial arts, Which one was the hardest to achieve and how long did it take you to get them all?

James Doolan: The karate one was a junior black belt it took me about 4 years, same time for the Taekwondo one. These were both easy really a lot of it was remembering forms and patterns.

The kickboxing black belt with Gordon was about 3 and a half years, his style was based mostly on sparring and fitness stuff. That was tougher as you had to fight and put work in. You couldn’t just remember and recite moves.

The BJJ black belt took me 13 years, I got my blue belt a year in so 2004 from Royce and my black belt from Roberto Atalla 2016. I was doing MMA most of that so wasn’t in the Gi a whole lot until 2013 when I stopped fighting.

The belts don’t really mean that much to me, to be honest.

MMA UK: You competed in Kickboxing, Muay Thai and MMA, how successful were you in each one and why did you choose to compete?

James Doolan: I never got killed so pretty successful. I knew from early on I wanted to coach, Fighting wasn’t a real goal. Around 16 I toyed with the idea of having one fight to help me be a better coach. I figured I couldn’t ask guys to do something I hadn’t done.I competed in karate, Taekwondo as a kid most weekends. Because it was points fighting I never really thought of it as fighting. In my late teens, Kickboxing full contact I was 12-0 and won a British title at 70kg, Muay Thai I was 12-1 and I held the STBA Scottish title at 63.5kg and fought against a 300+ fight thai for the ISKA world title at 59kg that was my only loss, I got stopped on with a cut after an elbow.
MMA I had 5 amateur bouts on mats, then 5 semi-pro bouts before turning pro and having nearly 30 pro fights. I held British titles at Lightweight (TKO) featherweight (EFR) and bantamweight (Cage Gladiators) which I defended 3 times, I was ranked 2 in Europe for a while behind my teammate Paul Mcveigh, fought on the biggest shows in Europe and got to fight in Japan also. 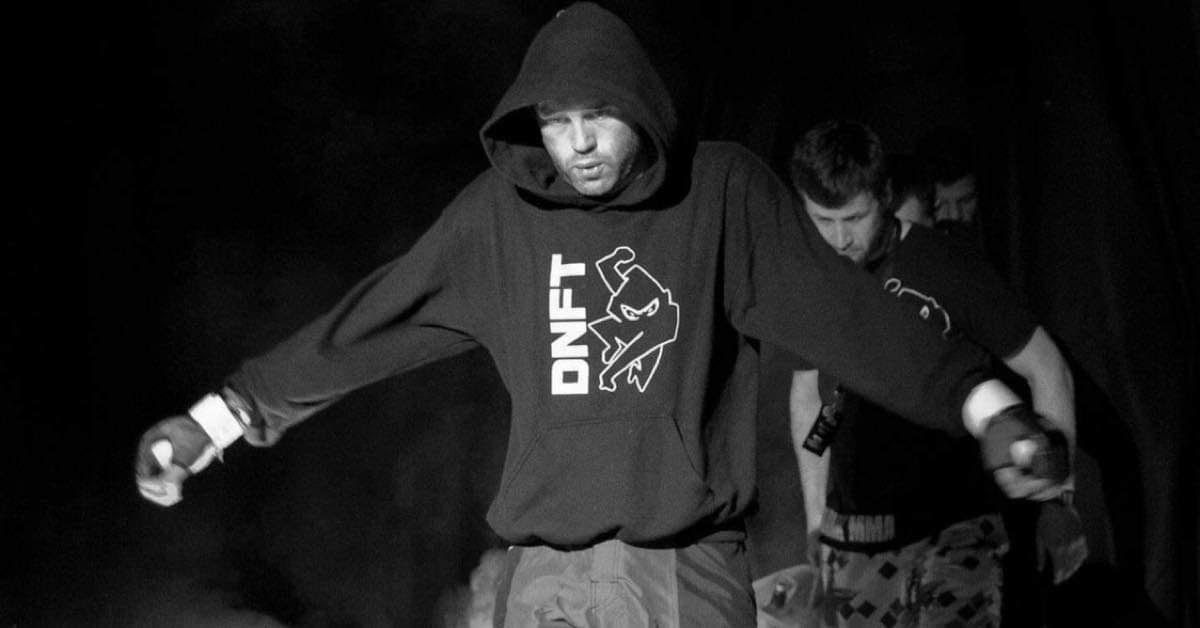 MMA UK: Tell everyone about the dinky ninja’s fight team, how did that come about and how did you get your fighting nickname Thaison?

James Doolan: I met Paul Mcveigh at BJJ in Glasgow and we started training outside the classes in his flat at the time. I had a group of guys in Lanark, now we had some guys in Glasgow and Paul had met John Nicholson who had a few guys from Dumbarton training and fighting at grapple and strike shows. We started training together as much as we could while running the three groups. We would coach each other and get together for sparring. That’s pretty much how we started fast forward ten years and we had three full-time gyms, loads of champions and one of the most successful fight teams in the UK and Europe

The Thaison thing was an accident, back in the day I used to post on the Sherdog forum and as a young man was partial to trolling so used the Thaison name as my user name as I was still predominantly a Thai boxer then. Sherdog somehow Sussed it was me and put it on my Sherdog record and it ended up sticking,

MMA UK: how big was your gym in Lanark compared to your current gym right now and did you ever think when you were in Lanark you would achieve the success you have as a coach and have the world-class facilities you currently have?

James Doolan: Lanark we shared with the scouts it was pretty small the place was full with 20 guys in it. We had guys ranked in the top 5 in the UK and Europe training in that hall. We moved to Whitburn 2012 to 1100 square feet and signed guys to the UFC Invicta Cagewarriors EFC with 110 square meters of mat space, no changing room, one toilet and shower before moving to the new gym in 2018. One of my students happened to own a construction company and was looking to increase his property portfolio, he suggested we find a building he would buy it, do the work and build it to my specifications which he did and now we have the 5000sq feet set up with the 2 training areas, completion cage, weights area, sauna and dorms. We would still be in Whitburn if it wasn’t for Derek. I always knew we would do well from a coaching point as I was obsessed with it and was attracting students who were also obsessed and hardworking which has resulted in 8 world titles, 3 athletes signing to UFC, 3 on The ultimate fighter and much more. We are really just getting a started though I think our next generation of athletes will surpass what we have done so far. 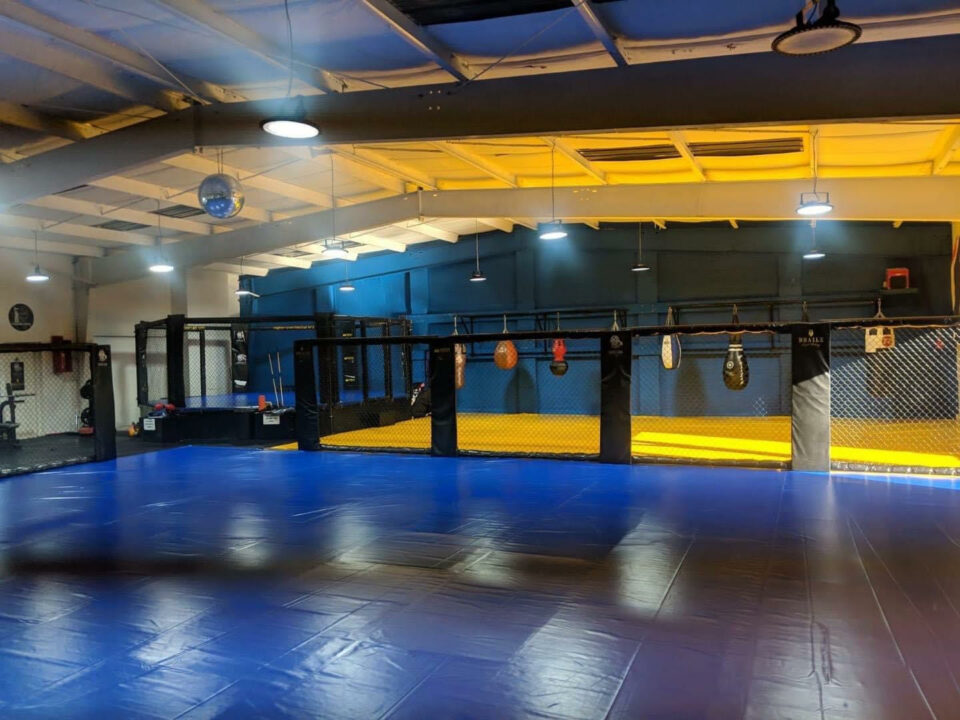 MMA UK: what is your fight record as a coach if we added all of your fighters records together?

James Doolan: I’ve no idea, it’s well over 500 fights. I started keeping track from April 2013 after I had my last fight as I would be only coaching. Since then we’ve had 303 fights, the 2 on Cagewarriors trilogy will take us to 305. So far it’s 244 wins 55 loses and 4 draws from amateur to UFC Bellator Level. There are 11 busy years in MMA and Muay Thai when I was fighting and coaching we never really recorded.

MMA UK: What has been your biggest achievement to date as a coach?

James Doolan: My biggest achievement is setting up the gym and creating an environment for anyone to learn real martial arts. The positive impact it has one everyone’s life is why I still do it. We have kids in training BJJ, teenagers who might have been getting bullied in getting more confident and stronger, adults from all walks of life in learning, working hard and having a laugh. I’m fully aware how stressful life is, and it can consume people, what I’ve created in an environment and coaching staff that offers everyone an escape from that for an hour or two a day and that reaches other areas of that person’s life. That’s always more important than any title or UFC contract.

MMA UK: Will we see those environments recreated in new higher levels gyms in other locations in the future?

James Doolan: We have an Affiliate training group which includes Stevie Rays Braveheart MMA, Iain Feenan’s Fudog MMA, Craig McIntosh’s Submission Factory, Jax MMA in Montrose and Oban MMA. Derek has mentioned buying other property to house another Higher Level so it might be on the cards at some point. We have very good coaches at Higher Level who could run it with me overseeing it.

MMA UK: We now move on to MMA UK Staff questions where members of our staff get to ask questions.

Glenn Williams: Best fighter you have fought and doesn’t get the credit he deserves?

James Doolan: Michal Hamrsmid He was ranked number one in Europe for a while at featherweight, dropped to bantamweight. We fought to a draw at Celtic Park in Glasgow. Very violent fighter, technically good everywhere. If he had been a little younger he would have made the UFC when they brought in the bantamweight division.

Katie Hunter: I would like to know the best piece of advice you have ever been given in the sport?

James Doolan: My kickboxing coach Gordon Russell used to tell me to learn from everyone. I think that’s massively important whether it’s a white belt beginner to a famous world-class coach.

Craig Lee: Which Country of the UK do you think will produce our next UFC champion and who do you think it will be?

James Doolan: Scotland. It will be Mark Ewan or Sean Clancy Jr if one of the welsh lads don’t beat them to it

Amyleigh Cavanagh: Who do you think is the UK’s best MMA fighter?

Glenn Williams: If you could choose one fighter to coach, Who would it be and why?

James Doolan: Not a fighter as such but Olympic gold medalist, world champion wrestler Jordan Burroughs. Imagine adding striking and MMA grappling to that level wrestling and athleticism.

MMA UK: And finally we move on to quick-fire questions where your answer must be a fighter you coach and the reason why

James Doolan: Kieran Conlin. He’s a master of the slosh

James Doolan: Danny Gray. He’s always getting people with prank calls. He’s had guys hand themselves in to the police for stuff they haven’t done before just by calling them kidding on he’s a cop.

James Doolan: Probably Stevie Ray. Although he never really hits guys that hard in the gym. His left hand is a bomb.

James Doolan: We have a kid who’s due to have his first fight called Mark Wasallas. He loves a mirror.

MMA UK: Longest in the shower?

James Doolan: Big shower screens at Higher level so I can’t be sure but I’ll go with the obvious guess and say Kunle Lawal