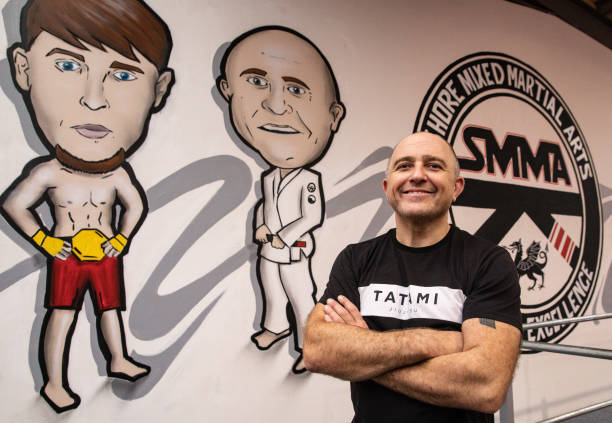 ‘In the Clinch’… With Richard Shore (Part Two)

Having dabbled at promoting shows yourself, what was the most testing aspect of putting an event together?

To be honest, the reason I started doing it was because we were turning up to events and I used to think “I could do a better job than this”. The fact that I’d been a fighter myself certainly helped, I understood a fighter’s needs. I pride myself in putting on events which, right from day one, have been professional.

Initially, we had a lot of trouble with the head of the council. We had a really successful show in Abertillery Leisure Centre, where we sold out 450 seats, with 19 fights and probably 80% of the card was local Abertillery boys. There was one little bit of trouble – a little scuffle in the crowd – but nothing major. The manager said it was the biggest night of takings that they’d had in the history of the centre being open. Then a week later when I went to book another date, they said the lead councillor had said that MMA is not a recognised sport. He didn’t realise it was cage fighting. He put a stop to it.

I asked for an audience with him, got turned down. I asked for one more opportunity to put a show on and I’d give him cage-side tickets. I said I’d let him work alongside me for the day to show him how professional this was. To be honest, I felt it was very much a dictatorship, there was no chatting, there was not back and forth. I mean, if he had sat down with me and given me his reasons, I probably would’ve had a little bit more respect for him. I would’ve gone “Well, I don’t agree with you but respect for being a man, meeting me and giving me your reasons”.

It’s come full circle because, five years later, we’re selling out the Newport Centre -which was 1700 seats – every show. We had a tv deal. We merged with Cage Warriors and became Cage Warriors Wales. Then, all of a sudden, everybody is knocking on the door. “Would you like to come and put an event on in our centre?” So it was frustrating but, again, it is what it is. It’s in the past, I don’t hold no grudges. There’s new people in charge there  (the Abertillery council) now. I put on local events and work well with those who are there. They have different attitudes and have a really refreshing approach to MMA. In hindsight, it was probably a blessing in disguise because we went to Newport, a chance I probably wouldn’t have taken otherwise! Now here we are down the line, selling out the Viola Arena, 4,500 people and over a million people watching on BT Sport and UFC FightPass! It’s not turned out too bad!

Tell us about your affiliation with former Premier League footballer, Craig Bellamy.

Craig sponsored a couple of the fighters. The gym in Cardiff at the time was owned by him and a partner called Craig Walton, somebody who’d fought on the scene and was good friends with Craig (Bellamy). They approached me to start taking some classes down there. Craig (Bellamy) got on board then, sponsoring some fighters, helping out with some funding and supplements, things like that. I used to do a couple of one to one sessions with Craig (Bellamy) at the time as well. It didn’t last long, probably six months I’m guessing. Then, obviously, my own gym was picking up and the two Craigs had a bit of a fallout. Cardiff went a bit by the wayside and I just focused on my own gym up in Abertillery.

Could Bellamy have been a contender?!

I think so. He’s a natural athlete, isn’t he? I say this to everybody. Give me somebody with a strong mentality over anything else. You can coach technique. You can teach them how to fight, but you can’t teach them to want to fight. I think Craig has got that aggressive side. You can see that in his football, in the way he played at a high level. He was always quite a controversial character; very vocal if ever he felt teammates weren’t pulling their weight or managers weren’t doing a good job. That single-mindedness is something I feel you need as a fighter. Craig is somebody who, if he applied himself, could’ve been a really good level competitor.

We don’t see each other much anymore. We’ve both got busy lifestyles. He’s in Cardiff and we’re up in the valleys. We just don’t seem to cross over. He came to one or two of our shows in Newport, but it’s been a few years since I last spoke to Craig.

In your eyes, what have been the watershed moments in Welsh MMA that have brought us to where we are now?

What it did was show the big organisations that, as a team, we were a proper professional outfit. We were very young back then. I started the gym back in 2007-2008. You’ve gotta build that reputation. It’s the same now with me as a promoter, I’m not gonna deal with somebody if I haven’t got any history or background on them because you don’t know if their fighter is gonna turn up on weight, if they’re gonna turn up at all or if they’re gonna rob you of ticket money.

So I worked hard on the domestic scene, on the smaller grasser roots shows; your Grapple & Strikes, your Adrenaline Fight Nights, these types of events. Getting Edwards into Cage Warriors and Marshman and McDonough into BAMMA was a real big thing. It seemed to snowball then, I managed to get quite a few fighters signed up to Cage Warriors.

Then the next level above that, and I think everybody in Welsh MMA would agree, was November 2016; Marshman getting signed by the UFC, with Brett Johns following suit a couple of weeks later. All of a sudden we’ve gone from knocking on the door for many, many years, having really good level fighters in the area, to having two Welsh guys sign within a matter of weeks, having their debut and winning! That was a real turning point, that set the stall out for anybody that was Welsh and had aspirations of being an MMA fighter. The days of having to leave the Welsh Valleys, having to leave the gyms in Cardiff, to go elsewhere to train were over. Marshman was somebody we took from grassroots right the way through to the UFC. Brett, who was at Chris Rees’ at the time, had done the same. Went right through, from an amateur to a pro; fighting on the local circuit, to BAMMA, to Cage Warriors, to the UFC. Brett and Marshman signing for the UFC was a massive turning point, that probably saw a surge in numbers of people going to MMA gyms. People started to think ‘I can really make a go of this, I can do this as a living.’

You’ve been something of a trailblazing figure in the Welsh MMA scene. Was there anyone you could look to for inspiration when constructing your own gym or was it very much ‘trial by fire’?

You look at the bigger gyms, the American Top Teams, the Greg Jacksons. But for me, once we got to Cage Warriors and BAMMA and competed well, I just had a belief. I used to say to the lads, “We’re doing the right things. Once we get one through the door there’s going to be a snowball effect!” And we were right! There’s nobody really who I could say, “That’s who I’m adhering to be”. I just did it my own way.

What I did learn after several years was that I couldn’t do it myself, I brought in a really good coaching team around me; specifics in wrestling, specifics in Thai Boxing, specifics in Boxing. Over an 18 month period, that saw the fighters go up another level.

I used to just look at some of the British Gyms, if I’m honest. Well, not necessarily gyms but individuals. Seeing people like Dan Hardy (former UFC Welterweight/current UFC colour commentator), some of the London Shootfighters getting in… seeing people like Tom Watson (17-9-0) becoming BAMMA World Champion and moving on to the UFC, lots of guys in Cage Warriors at the time were getting in, even Conor McGregor although, granted, that was a bit later. I’d not necessarily look at the gyms but I’d look at some of these fighters getting signed and I’d think, “we’ve got lads here that are on a technical level with these guys. If we just keep going, sooner or later they’re going to listen.”

The biggest turning point, I’ll tell you straight, for getting guys into the UFC was Cage Warriors coming to Wales. They gave us a platform where we were watched all over the world!  I probably took a small financial hit signing that deal but I knew the long term benefits for my team and fighters in Wales would be huge! Let’s just look at Cage Warriors Wales. We’ve got John Phillips (22-11-0), who’s fought on Cage Warriors/UFC, Brett Johns, (Jack) Marshman, Jack Shore, Mason Jones has just signed. Add to that fighter’s that have fought in the Ice Arena (Viola Arena, Cardiff). You’ve got Nicolas Dalby (19-3-1), you’ve got Rhys McKee (10-4-1), I can go on and on! There’s so many fighters that have moved on to the big league that have had a part to play in those ice arena shows. I’m over the moon with it! Even Brett (Johns) signing for Bellator now. Lew Long (18-6-0) is another one, who came through the Cage Warriors scene. He’s signed a good deal now with Bellator.

So, Cage Warriors coming to Wales was a huge moment. The boss there, Graham Boylan, and the matchmaker, Ian Dean, gave me a lot of ‘free run’ with it. They took on board some of the things I was saying. I said, “Wales is an area very different to London and your other big cities. You’ve got to manage things slightly different.” And they bought into that. They had a bit of faith in some of my decision making. I think ultimately it paid off. Not just for myself but for those guys as well. 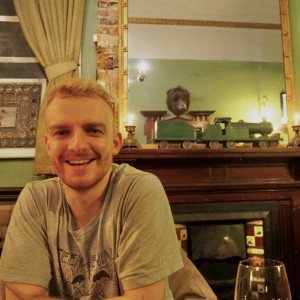