Floyd Mayweather vs Logan Paul: Good for Boxing or the Nail in its Coffin?

With its sudden announcement, the sports world found itself divided.

Every day when I check Instagram I am greeted by a plethora of fake, click-baiting fight posters. And with Mike Tyson vs Roy Jones Jr exceeding all expectations last week and YouTuber boxing matches becoming a regular thing, these fantasy fights get more and more ridiculous with each passing day. Like you, I usually just roll my eyes and shrug off the talks of Khabib vs Mayweather and Jake Paul vs Conor McGregor because… y’know… they are f*cking stupid. Merely fantasies designed to catch our eye and bait us as we go about our leisurely scroll. I woke up yesterday morning, grabbed my phone, and prepared to do said daily eye-roll at the sight of a Floyd Mayweather vs Logan Paul fight poster, and then I saw that the post was from ESPN. That’s when it hit me that this was actually happening. YouTube clown Logan Paul was actually going to step into the ring with an all-time great in Floyd “Money” Mayweather.

As I expected, this announcement prompted takes so hot they set the internet on fire. From those proclaiming how great this is for the sport to boxing pundits claiming that Logan Paul has single-handedly dug a 6-foot grave for the sweet science, feelings were strong. Now, given that I just called Logan Paul a clown, you’ve probably sussed out that I am not a fan of his. So where do I stand on this? Is this the end of the sport, or the beginning of a bright new era? 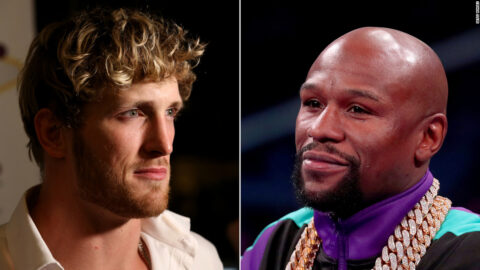 Let’s start with the haters. To anyone out there claiming that this exhibition fight between Mayweather and Paul will hurt the sport of boxing: you are very much mistaken. Listen, if in two years time Canelo Alvarez is curtain-jerking for Logan Paul vs Shane Dawson then you can string boxing up on a tree and film it because it will be well and truly dead. But that’s not happening. The truth is that this isn’t really a boxing match. It’s a cash-grab celebrity shitshow that just so happens to involve two guys punching each other. When Logan Paul fought KSI two years ago, nobody was tuning in to see footwork, feinting and elite athleticism. It was a YouTube live event. A more violent vidcon. The only difference today is that one of the parties involved happens to be an actual boxer (one of the best ever at that). And while enticing the sport’s biggest star back into the ring is something to marvel at, the fact of the matter is that this is no different. It’s an exhibition bout. It exists in a purgatory between boxing and professional wrestling, far away from real boxing.

So, how can it hurt boxing when it’s a completely separate thing? And do you really think this is the first time boxing has sold its soul to the circus? Pro-wrestling theatrics have long had a home within the combat sports world. This is nothing new. Do you remember WrestleMania 24 when The Big Show stomped on Floyd’s hand before Floyd rallied and landed a “knockout punch” on the 7-foot legend? It was an amusing ten minutes, and Floyd still went on to fight Pacquiao and Canelo. Were you not awake two weeks ago when middle-aged Tyson and Jones sparred with Snoop Dogg on commentary? Did it in any way hurt Errol Spence Jr vs Danny Garcia on Saturday? Or how about in 2010 when I went to Old Trafford and saw Ricky Hatton score a penalty against Mike Myers at SoccerAid? Was it a knife in the heart of football? Of course not. How about MayMac? Yes, Conor McGregor is an elite fighter, but was that really that much different than Floyd v Logan? You get what I’m saying. Everyone recognises these events for what they are: a spectacle. The appeal of these spectacle bouts could not be more different than that of Teofimo Lopez vs Vasyl Lomachenko, and neither could the target demographics. So if we’re getting both and neither one is touching the other, is there really anything to get up in arms about? You don’t have to like it, but fights like this are here to stay. So I advise you to heed my words and get used to it. 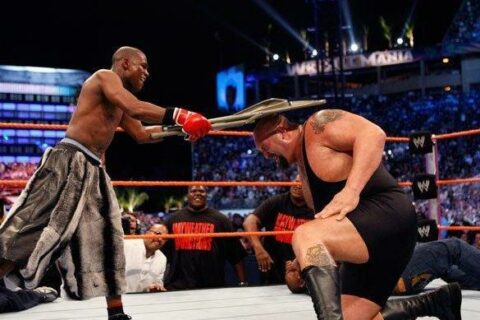 Now let’s talk about those saying that the dirty, polluted sport of boxing has found its saviour in the form of the Paul brothers. I hate to say it, but you are also dead wrong. Floyd Mayweather vs Logan Paul doesn’t help boxing for the exact same reason that it doesn’t hurt boxing: it’s not about boxing. As I said earlier, celebrity exhibition bouts are about spectacle, not sport. And so the target market, while there is of course a degree of overlap, is very different.

Think about the people who bought Logan vs KSI and are now salivating at the prospect of Logan vs Floyd. Do you really think they’re going to watch this fight and think, “Gee, this boxing malarkey is fun! I can’t wait to see Errol Spence Jr vs Terence Crawford!” Of course not. The appeal of one fight is to see who is the greatest welterweight of this generation, whereas the appeal of MayPaul is to watch two huge, unlikely names come together under the spotlight, and ultimately to watch Logan Paul get knocked out. While both under the same boxing umbrella, they’re so far apart that they’re hardly worth comparing.

There is but one thing that links this upcoming exhibition bout to Mayweather’s perfect 50-0 record, however, and it’s that the man’s ability to routinely get paid, even as a retired 43-year-old, is just extraordinary. Post-forty is murky, and often sad territory when it comes to the brutal sport we love, and yet Floyd is thriving. He’s surveyed the boxing landscape, seen the payday potential in crossover YouTube exhibition fights and found his way in. Easy millions. The man has always been brilliant at picking just the right opponents at just the right time. Picking an opponent that poses believable enough a threat that millions will throw down money in hopes of seeing the 0 in his record become a 1, but at a time where the danger they pose is manageable and that lucrative 0 can remain intact.

Now, obviously, Logan Paul is not a threat to Floyd Mayweather. At all. If you’re reading this you should know this already. However, you may have noticed promoters emphasising how much heavier Logan Paul is than Floyd Mayweather. Why? Because like I said, presenting his opponent as a plausible threat is a key part of “Money” Mayweather’s money-making formula. While 90% of people can’t wait to see Logan Paul lose, there’s 10% thinking “Damn, Floyd is over 40, and that Logan Paul kid is way bigger and looks to be in great shape. I think he may pull off the big one!” Those same people will then throw down $80 to see this incredible feat that will literally never happen. Sounds crazy, right? Well, these same smoke and mirror tactics were used three years ago when you thought that McGregor might just knock Floyd out cold. Marketing is a powerful thing, and the “Money Team” are practised, masters.

There’s just something about combat sports that so naturally lends itself to theatre and pageantry. Epic five-minute entrances, costumes, staged drama and celebrity-crossovers are woven into the fabric of boxing history, and it’s hard to imagine this storied tradition stopping anytime soon. If Mike Tyson vs Roy Jones Jr is anything to go by, it sure as hell works. Tyson Fury vs Deontay Wilder II had the glitz and glamour to wow casual fans, but at its core, it was a contest to see who was the best heavyweight boxer in the world. It was a sport, with spectacle sprinkled in. Floyd Mayweather vs Logan Paul is at the other end of this spectrum. It’s a show, a spectacle, and a carnival freak show that just so happens to have some athleticism sprinkled on top. It all depends on where your taste in sports falls on this spectrum. No one is obliged to watch everything. But to those crying that the sky is falling and the Paul brothers have desecrated the sweet science, newsflash: boxing was desecrated a long time ago, and this upcoming exhibition bout is not the deathblow you think it is. In fact, it doesn’t even hurt the sport at all. Just as it doesn’t help the sport either. It merely exists somewhere in the same universe. It is what it is. Take it or leave it.