The cornerstone of all combat sports, but only one can reign supreme.

by Sam Oakley
in MMA News
0

Well, December is officially upon us which can mean only one thing: end of the year lists. Wait, you were thinking of something else? Yes, it’s that time of the year where we look back at the last twelve months (what twelve months they’ve been) and rank anything and everything. And today, we are going to be looking at the top five best knockouts of 2020. Knockouts never quite get old, do they? They are the cornerstone of all combat sports. As much as the hardcore fans love and appreciate all aspects of the great sports of MMA and boxing, and a back-and-forth war can bring an arena to their feet, at the end of the day it’s watching someone lose consciousness in an instance that puts arses in seats and money in pockets. Whether we’d like to admit it or not, we love violence. A great knockout can change the career of both fighters involved forever. They can go from aspiring underdog to overnight sensation. They can secure their place in history as their feat of brutality is replayed on highlight reels from now until the end of time. Or, in the case of those on the receiving end of the highlight reel, they can never be the same again.

But what makes a great knockout? A dozen people get finished every weekend, and we’re all pretty numb to the violence at this point. So what is it about these select few that put our jaws on the floor and remind us of how real these sports really are? It’s a combination of three things, in my opinion, the first of them simply being violence. As I said, as combat sports fans that see athletes battered and bruised on a weekly basis, sometimes a truly shocking KO can be the much-needed, occasionally worrying reminder of just what it is we are watching. The second is creativity. Every so often we see a brutal display of athleticism that forces us to reimagine what we thought was possible within the sport. You think you’ve seen it all and then Anderson Silva front kicks someone in the face or Yair Rodriguez throws an upwards elbow at the literal last second snatch victory from the jaws of defeat. Moments like these are perhaps the most enthralling of all. The last criteria for me are stakes. Sure, a good knockout is a good knockout, right? But when the stakes are at their highest and the complexion of the sport changes in a single moment, a good knockout becomes timeless.

Despite being the curtain-jerker on a very stacked card, there was no denying that all eyes were on Sean O’Malley that weekend. He had made his triumphant return back in March, and could not have been hotter. His natural charisma and connection with younger fans had the “Suga Show” being dubbed as a psychedelic experience of some sort, one we all wanted to partake in. And boy, did we partake. After a minute of the flashy striking, we’d come to expect, it was almost as if he checked ‘flashy striking’ off his to-do list before shrugging his shoulders and delivering one of the slickest walk-off knockouts of all time. The casual nature with which he put Eddie Wineland to sleep was just awesome. The use of feints to set it up was beautiful to watch: proof that this guy was legit. As Wineland snored on the canvas, it felt like O’Malley had become a superstar. The hype train coming out of this knockout may have hit a bump in the tracks in the form of Marlon Vera’s elbow, but what we saw from O’Malley that weekend was proof enough to me that the rainbow-haired stoner we all love is not to be counted out. I still think he fights for a title within three years. 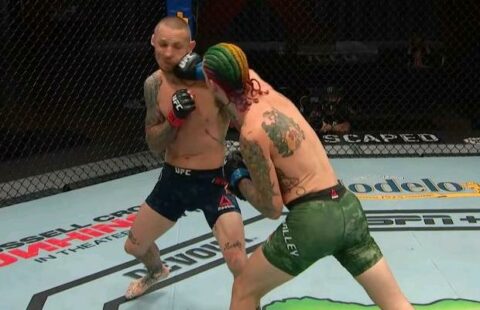 Watching this fight live, this knockout was every bit as hilarious as it was downright horrifying. In a matchup built around the two behemoths’ ability to end a fight in an instant with one shot, Francis Ngannou had promised to show us the improvements he’d made. The footage had emerged of him receiving technical tips from boxing royalty Mike Tyson, so it seemed perfectly plausible that he would walk into this highly anticipated bout with the undefeated Jairzinho Rozenstruik as a new and improved fighter; one with more to show than just formidable punching power. That did not happen. Fifteen seconds into the fight, Francis simply steamrolled towards Rozenstruik swinging his arms around like a windmill. To his credit, “Biggie Boy” remained calm, chopping at the legs and trying to counter. But it didn’t matter. Francis knew he needed just one of those windmill-like shots to land, and one did…followed by several more on an already sound asleep Rozenstruik. The absence of a crowd going wild changed the feeling of this knockout dramatically. The eerie silence of the empty arena made a moment that would otherwise have felt electrifying feel…sorrowful. It further highlighted what a terrifying force of nature Francis Ngannou really is. He’s an attraction like no one else in the sport, and if moments like this are anything to go by, he will no doubt continue to cast a scary shadow over the heavyweight division. 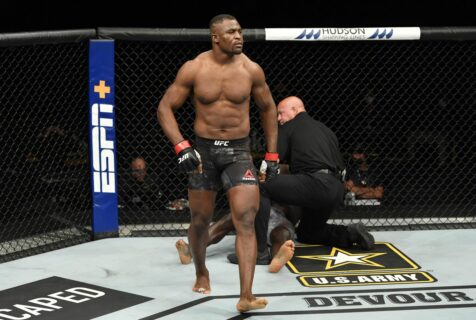 Speaking of obscene power, Gervonta Davis. This PPV debut performance really could not have gone better for the 26-year-old rising star. From his connections to Floyd Mayweather to his nickname to pundits billing him as the Mike Tyson of the smaller weight classes, the pressure was on “Tank” to deliver. And deliver he did. After a very fun five and a half rounds against a four-division champion in Leo Santa Cruz, Davis planted his feet, slipped Cruz’s right hand, and unleashed one of the most devastating left uppercuts I have ever seen. To quote that fat kid from the film Stand By Me, ‘Do you guys wanna go see a dead body?’ If the answer is yes, go watch this fight. Santa Cruz’s body lying motionless under the ropes as Davis celebrated was a sight to behold: the kind of sight you can build a star around. And that’s what Gervonta Davis is in my eyes, one of boxing’s biggest future stars. If you’re looking for something to get excited about in the messy, messy sport of boxing, “Tank” may just do it for you. 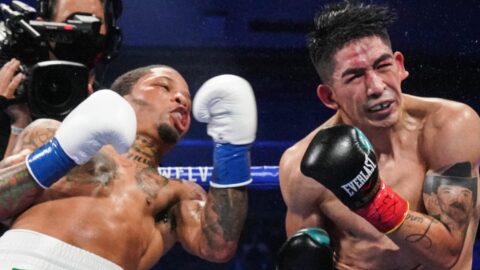 I honestly don’t know if any fighter has ever needed a win more than Cody Garbrandt did that weekend back in June. Three and half years prior, he had rocketed to the top of the heap and put on one of the most awe-inspiring title fight performances ever seen. That night, he looked invincible, and on the precipice of true stardom. But then came bad blood and bad decision-making, and the best version of Cody Garbrandt never seemed to show up in the cage, resulting in a three fight tumble from the throne he so briefly sat upon. The magic we saw that night against Dominick Cruz had dissipated, and if he was ever going to recapture it, this fight with Raphael Assuncao was his last chance. It made for anxious viewing knowing the potential heartbreak another loss would bring. His time sitting at the elite table would be over for good at just 28. Thankfully, however, not only did the former champ win, but he made one hell of a statement. With one second left in the round, Garbrandt span full force into a vicious right hook, landing just milliseconds before the buzzer. It looked like he had channelled three and a half years of frustration into that one shot. From the swaggering walk-off at the buzzer to the way Assuncao’s body sailed to the ground, it felt like he’d finally put all the pieces together again, and the magic was back. It was a career-saving performance if ever there was one, and it was hard not to be happy for the guy. 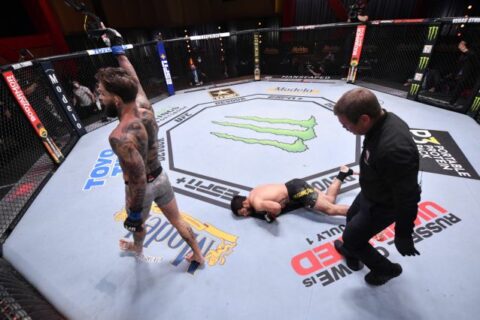 Ok look, I know I banged on about the importance of high stakes in making a great knockout, and this fight does not fulfil that criteria. But it would quite frankly be blasphemous to put anything else at number one. What Joaquin Buckley was able to do that night was nothing short of breathtaking. Let’s have a look at the other two criteria, shall we? This knockout was shockingly violent. So violent that journalists from other sports cited it as a prime example of why this sport is just too much for them. The Undertaker-like way Kasanganay’s eyes rolled back, as his stiff, lifeless body stood suspended in the air for a whole second before crashing to the ground like a chopped-down tree. When you look past the ninja skills, this was a scary knockout. Going back to said ninja skills however, this knockout was almost on a different plane of creativity. The kind of athleticism you never thought possible in the octagon, only in Jackie Chan films. The kind of knockout that forces you to reimagine what is possible in the sport. The kind of knockout that thousands of fighters will have been trying to pull off in gyms across the world ever since, and yet we may well never see anything like it again but this was a truly special moment. Joaquin Buckley seems like he’s on track to become a real player at 185lbs, as well as a superstar. But no matter what happens in the rest of his career, nothing can take this moment from him. He will always have his place in UFC history. His name will never leave the greatest knockouts of all-time conversation. He will always have that moment where all eyes were on him, and him alone. 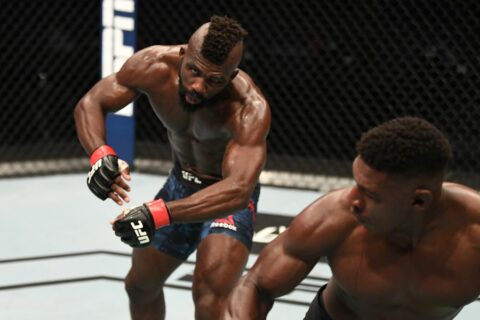