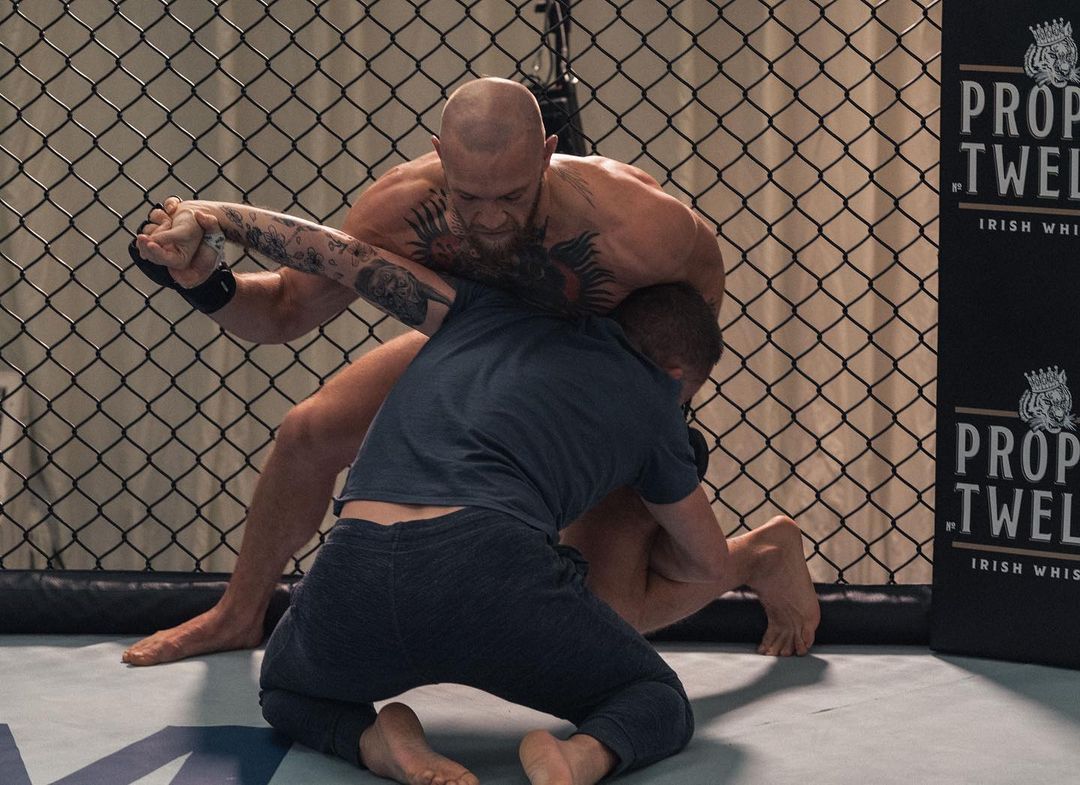 Conor Mcgregor has posted on his Facebook page jokingly that he and his coach are staying off the Proper 12 whiskey for his fight with Dustin Poirier at UFC 257.

McGregor is coming off a win over Donald Cerrone but before that, he lost to Khabib Nurmagomedov and has since claimed he was drinking whiskey all fight week before his fight with Khabib.

“I was drinking all bleeding fight week [before the Khabib fight]. I don’t know why. I had venom in me or something.

“I had people holed up in a hotel from that part of the world, and I would ring and arrange a fight, they would come to the gym and have a full-blown fight with no headguards.

“I’d have a war, win and I’d knock the guy out and go off and celebrate and come back in three days.

McGregor will face Dustin Poirier in a rematch at UFC 257 at Yas Island in Abu Dhabi.