Jay is a life long martial artist who initially trained Tae Kwon Do where he achieved a black belt. Then, he fell in love with Brazilian Jiu Jitsu (BJJ) while attending a Thai Boxing class at the Fighters Hive gym in Bathgate. Ever since then Jay has primarily trained with his coach Ashe Mohammed and his team mates Sudais Mohammed and Dave Bull. Jay has built quite a profile on the competition circuit in the last few years after winning or medalling at different international and domestic competitions at different belt levels as well as age categories. I hope you guys enjoy the interview.

(Jay before going on to the mats at an IBJJF competition)

Majid: Hi folks this Majid here on the UK BJJ show and I am joined by Jay Sharpe. Jay how are you this afternoon?

Jay: Am great mate, btw my name is sharp without the “e”. And thanks for having me on

Majid: My apologies Jay. Has Santa been good to you on Christmas?

Ahaha the yeh definitely mate, just wish we could get out to see more family and friends.

Majid: Yeh not being able to see family and friends was a big thing for me as well. During the COVID-19 restrictions have you been doing other forms of training?

Workouts on YouTube and some running and cycling back when the weather was good.

Majid: Yeah that does not sound appealing in comparison to training BJJ. What was your first encounter of BJJ? Was it on TV or at a gym?

Jay: Yeh BJJ is just soo fun tht time just flies past when ur doing it but hiit workouts and such aren’t the thing for me ahah.

The first time I seen bjj was at fighters hive, I think I went in for Muay Thai but ended up enjoying the bjj more and started competing in it a lot.

Majid: For the readers, can you tell me who teaches you BJJ at the Fighters Hive gym?

Jay: My coach’s name is Ashe Mohammed he’s a great coach highly recommend, there’s also a great environment in the gym everyone just wants to have fun.

I’ve been to some other bjj gyms and a couldn’t say the same but Thts just the environment I like some people like a more serious one. 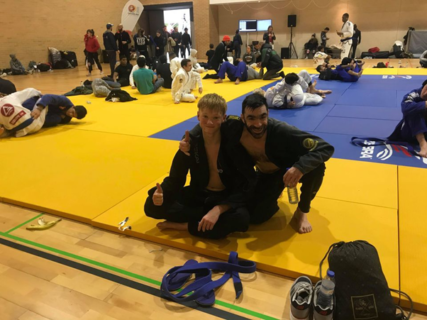 Majid: Ashe is a great guy he has taught me for a long time as well. A life long martial artist. Who do you model your game on? And when did you start training BJJ?

I would never say I just look at one person and copy everything they do, but a lot of people who have rolled with Ashe then roll with me say that it’s just like rolling with Ashe soo I obviously take a lot of inspiration from my coach but I also look towards Gordon Ryan just because he’s the best there is the now and if it’s working for him so it can work for me.

Majid: Gordon Ryan and Ashe are fierce competitors. Did that inspire you to compete?

Jay: Well I started when I was 13 so I don’t think a was really thinking about the competition side until Ashe had mentioned one coming up in Blackpool and my dad just booked me in straight away.

I can actually remember that comp still as my dad booked me in the over 60kg instead of under ahaha, but it was a good experience and I’m glad I got into it. I can’t wait to get back to them.

Majid: I love your parents’ enthusiasm towards you competing. For the readers’ knowledge, can you list your competition achievements please?

They’re the recent ones I also went to the ibjjf Europeans this year it was a great experience and can’t wait to get back and win the 🥇this time.

I really appreciate what my parents do for me they know I love to compete so they get me in to as many of them as possible. 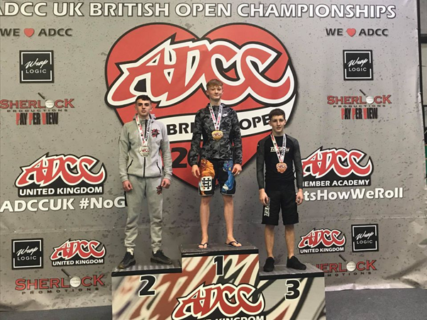 Majid: Wow that is an impressive list. What has been your best moment on the competition mats up to now?

Jay: Well the one I’ve enjoyed the most was the Ibjjf euros just because the environment was amazing, but the comp tht I’ve done the best at is probably the Naga UK and Dublin I just seemed to preform well in them.

But when competitions get back I’m looking forward to trying a grappling industries. 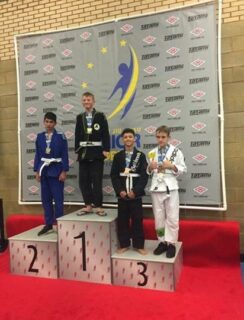 Majid: Yeah I want to do Grappling Industries as well due to their Round Robin format. What grade are you? And how long have you trained BJJ?

Jay: Sounds like a plan for me and you to go to one😘

Majid: For the readers’ knowledge, Jay despite being a blue I have seen you handle bigger guys with higher grades very well in the gym. What are your short term and long term plans going forward?

To be honest with you I don’t currently have any short term goals due to COVID but a long term goal for me would be to be able to go and compete at the ADCC worlds as That’s the best of the best so I may as well set my sights high.

Majid: Who is your most memorable opponent in the gym or on the competition mats?

Jay: That would definitely be Tyreeze Cunliffe I’ve actually had like 9 matches with him and ave only won the first one ahah. He’s a really good competitor but I’ll get him next time.

Majid: That is a very inspiring goal and you are young and skillful enough to achieve this. Do you want to send out a parting message to the readers?

Jay: Thanks a lot bro.

I would like to say thanks to everyone who has helped me get the point in which I am at and for anyone who is thinking of taking there kids to bjj take them they will thank you, it teaches them soo many life lessons, even if they don’t stick to it, it teaches them if you want to be good you have to stick in and put the effort in. Thanks again for having me majid, hope u and everyone else enjoys the holidays.

Majid: Jay I want to thank you on behalf of myself and the UK BJJ Show team for taking time out and participating in this interview. I wish you the best of luck in your future endeavours.

Jay: Thanks very much mate and you too.