by Majid Gilani
in BJJ, Interviews
0

Aatif Imtiaz Butt is the Head Coach for Brazilian Jiu-Jitsu (BJJ) and one of the owners at Team Fight Fortress (TFF) based in Islamabad, Pakistan. Aatif is a purple belt in BJJ under Professor Misty Shearer (based in Edmonton, Canada) and has been training for over 10 years. Aatif has played a crucial role in the growth and development of BJJ in Pakistan. I hope you guys enjoy it. 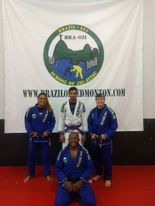 Majid: Hi folks this is Majid here on the UK BJJ Show and I am joined by Aatif Butt who is the Head Coach at and owner of Team Fight Fortress based in Islamabad, Pakistan. Aatif how are you this evening?

Aatif: Hey Majid. I am doing good, thanks for asking. How are you holding up?

Majid: I am getting by thank you. How has the pandemic impacted on you?

Aatif: Hmm… Difficult question… But things are getting better day by day, both at the workplace and in the gym. We resumed BJJ training in September after six months of isolation.

Majid: That is good to hear. In the UK things seem to get worse day by day. For the readers’ information can you tell me where you were born and bred?

Aatif: My prayers are with you guys over there. There will be light, sooner or later. Just hang in there. I was born in the UAE but moved to Lahore very early in my life. Lahore is where my forefathers lived but I moved out in 2000.

Majid: Lahore is a lovely place I love the food there. How and when did you first encounter the art of BJJ?

Aatif: I agree. Lahore is a beautiful city, culturally rich. I miss it sometimes. Jiu-Jitsu was an accidental find for me back in mid-2010 when I was studying physics at the University of Alberta, Canada. I finished lifting weights in the University Gym and was walking down the hallways when I saw the doors of the Dojo open and a bunch of guys were rolling. I hesitantly entered the Dojo and asked the coach if I can try it. She welcomes me with a big smile and the rest is history…

Majid: Have you stayed with your original coach till now? And have you trained in other martial arts?

Aatif: Needless to mention, I tapped 5 times in minutes to a guy who was 30+ kgs lighter than me… I remember my first roll to this date. Yes, Misty Shearer is my Instructor to this date. She is a 2and degree black belt. I earned every single stripe and my blue and purple from her. 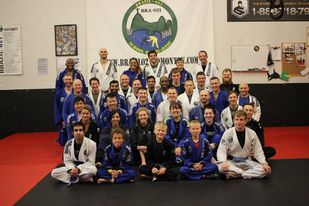 No. I had no prior experience of any martial arts. I tried Kung Fu and Muay Thai in early 2010 before I stumbled upon BJJ. But I couldn’t keep my interest alive for more than a month in each of those two disciplines. Their way of teaching wasn’t scientific, no mentioning of “why we are doing what we are doing”… and I don’t like that approach. Now that I am a part of Fight Fortress, I realized that striking can also be taught the why BJJ is taught and I love to learn striking. Ehtisham Karim and Ali Sultan made me fall in love with striking as well. But then how many tricks can an old dog learn!!!

Majid: I believe an old dog can keep on learning if it wishes. What encouraged you to compete?

Aatif: I competed at white belt and blue belt level back in Canada and Switzerland.

Majid: I am a bit like that. I always remember when I lose. What are your biggest achievements on the competition mats?

Aatif: No big achievements, I would say. I earned silver once as a blue belt. Finished my two opponents pretty quick and lost in the final via ankle lock in the last minute. That was a CBJJF tournament at the provincial level. 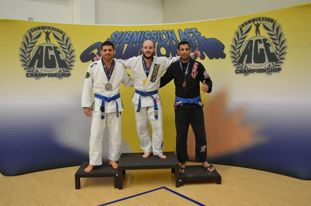 (Aatif making the podium at a BJJ event)

Majid: Who is your most memorable opponent in the gym or on the competition mats?

Aatif: I don’t remember my opponent’s name… but there are two faces that I remember and would love to compete against them again. On the mat, everyone who gives me a tough time. Mostly MMA guys here in Islamabad. In Canada, all my seniors, I loved to roll with them.

Majid: The guys in TFF are always a handful on the mats. How did you encounter the TFF team? 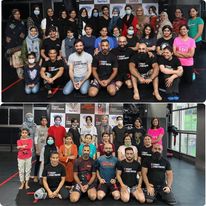 (Aatif with his pupils at Team Fight Fortress)

Aatif: Once again, an accidental find back in 2013. I was visiting Pakistan and one day, out of boredom, I googled if there is any BJJ gym in the neighbourhood. There was none, the closest I could find was TFF and I originally went there to train but ended up giving a seminar on kimura lock. We resonated and here we are after 7 years.

Majid: That is awesome to hear and a great accident in hindsight. Who is your main training partner in the gym?

Aatif: Whoever is available in the gym and is capable of giving me a beating…

Majid: For the readers’ information those are some real savages. I know as I have been victimised from them on the mats at TFF. Who do you model your game on?

Aatif: I couldn’t understand your question. Model my game?

Majid: Has your game been inspired by a famous MMA or BJJ athlete?

Aatif: Hmm… I like few celebrities in the world of BJJ but I never tried to copy anyone. This is something my instructor made me realize very early in my BJJ journey. I should develop my Jiujitsu that suits my body type and represents my personality.

Majid: That sounds like great advice. What are your long-term and short-term plans in the coming future?

Aatif: Difficult to say anything with certainty but one thing is sure, will keep Jiujitsu as my therapy sessions against everyday stress. Would like to put me through a competition camp alongside these MMA beasts and compete few more times if I could manage my time at work, a thought for short-term plans. I strongly believe that winning a competition requires you to be in a certain mindset that can only be achieved with a killer competition camp and grinding for hours every day.

Majid: With your job as a scientist it must be difficult to keep yourself motivated to train at night but you do it regardless which is inspiring. By the way who is your head coach/team name and lineage?

Aatif: It sometimes becomes difficult to manage my schedule. But you are right, it is the passion and love of the game that brings me to the mat every evening. My head coach is Professor Misty Shearer, who is a second-degree black belt.

Majid: Where is Misty based?

Majid: That is a very beautiful area. Do you have any parting messages for the readers?

Aatif: Hmm… Find yourself an activity (may it be physical or mental) that brings peace to you, relieves anxiety, stress and depression on daily basis. Empty your bucket of negative thoughts and experiences via that activity and start a fresh day, every day. 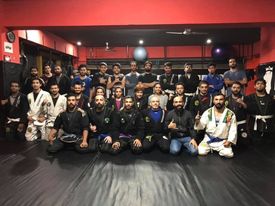 (Aatif with Professor Carlos Almeida during a seminar at TFF)

Majid: That is awesome advice. I along with my colleagues on the MMA UK BJJ Show want to thank you for participating in this interview. I wish you the best of luck in your future endeavours.

Aatif: Thank You, Majid, for having me for the interview. Stay blessed, stay healthy and keep training.

UFC to overturn their ban on cannabis as an illegal substance