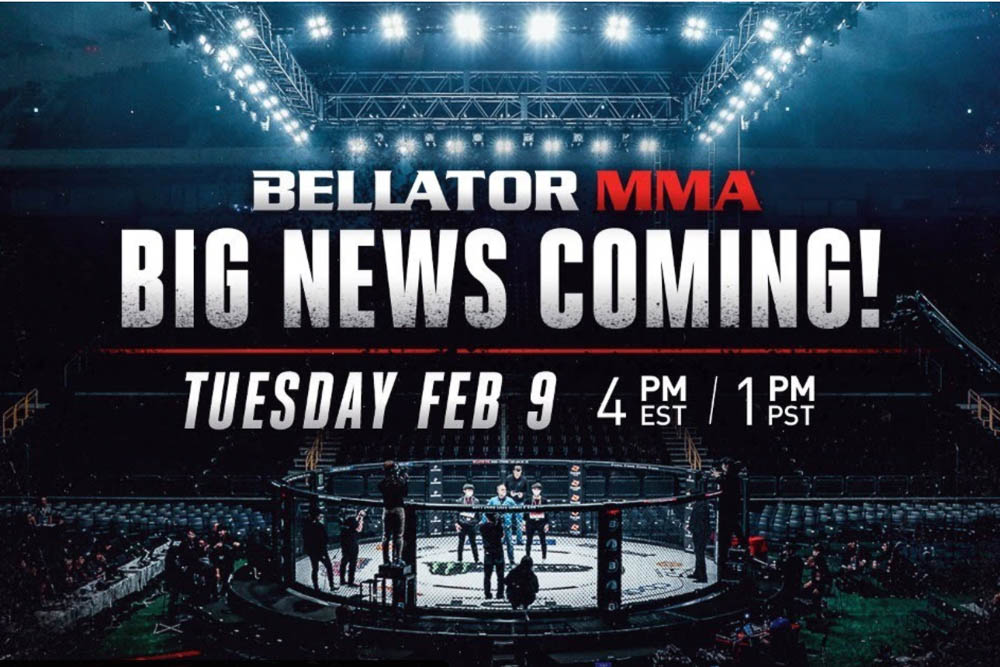 A few days ago Bellator teased a special announcement via their social media.

Today at 9pm, GMT, Bellator went live with some exciting news for fight fans. The show started with president of Bellator MMA Scott Coker and Showtimes Stephen Espinoza announcing the exclusive partnership on Showtime, making it the company’s debut with the network.

Scott Coker stated, “Everyone in this industry knows the history that I have with Showtime. We have done things together that have truly shaped the sport of mixed martial arts that you see today. What’s really exciting about this news is that everything we have already accomplished is just the beginning. 2021 marks a new era for Bellator MMA. With our new home at Showtime, we are going to take this brand to a new level, and you are going to see us build upon the foundation that we have already set throughout my time with Bellator.”

Showtime will launch alongside with Bellator MMA on April 2nd with three consecutive events.

The first event will be Bellator 255 on April 2nd, hosting the semi-final Featherweight Grand Prix where we will see the reigning champion Patricio ‘Pitbull’ Freire (31-4) vs Emmanuel ‘El Matador’ Sanchez (20-4). The two previously fought at Bellator 209 in 2018 where Sanchez loss on an unanimous decision. The winner will take on A.J. ‘The Mercenary’ McKee (17-0) in the Featherweight Grand Prix Finale at a later date.

The second event will be Bellator 256 on April 9th, the start of the Light-Heavyweight Grand Prix consisting of eight fighters from the promotion. The first round will be Corey ‘Overtime’ Anderson (14-5) vs Dovletdzhan Yagshimuradov (18-5-1). The same event will also promote another fight in the Grand Prix in Ryan ‘Darth’ Bader (27-6) vs Lyoto ‘The Dragon’ Machida (26-10).

Bellator 257 on April 16th will be the second part to the first round of the Light-Heavyweight Grand Prix. The next line of competition will be The current champion Vadim Nemkov (12-2) vs Phil ‘Mr Wonderful’ Davis (22-5), followed by the Bellator newcomers Anthony ‘Rumble’ Johnson (22-6) vs Yoel ‘The Soldier of God’ (13-5).

The final event that was announced is Bellator 258 on May 7th, A main event of a Bantamweight Championship showdown between current champion Juan ‘The Spaniard’ Archuleta (25-2) vs Sergio ‘S.P.’ Pettis (20-5).

All three events are scheduled to be at The Mohegan Sun Arena in Las Vegas, Nevada with undercards to be announced. The alternate fights for the Light-Heavyweight Grand Prix is set to be announced next week.

Showtimes president Stephen Espinoza stated a streaming service will be accessible for fans in the US for the first 6-months at $4.99. Scott Coker later said  an announcement would be made either Thursday or Friday this week in regards to a service in the UK & EU.

Coker later spoke on other athletes in the promotion such as Dillion ‘El Jefe’ Danis (2-0), stating he’s a young fighter and they want him fighting more, we can expect to see him back in the cage April/May. Coker also spoke on on Gegard ‘The Dreamcatcher’ Mousasi (47-7-2) and his whereabouts in regards to competing in the Light-Heavyweight Grand Prix, Mousasi reportedly stated that he felt too light for the Grand Prix, but there’s potential to fight the winner in the future. Coker stated we can expect Mousasi to be fighting again in June.

A lot of news to digest, but a lot of great news for MMA fans. Rumble vs Romero sounds like complete carnage, I can’t wait!

You can watch a replay of the ‘Special Announcement’ via the link below.