Ali Sultan is one of the pioneers of Mixed Martial Arts in South Asia and he is also a Head Coach at Team Fight Fortress which has developed a reputation of producing world-class athletes fighting in promotions like One FC and Brave FC. Sultan has regularly done refereeing and commentary work in various MMA promotions across Pakistan where he has overseen the delivery of international MMA and Submission Grappling events on Pakistani soil in the last decade. 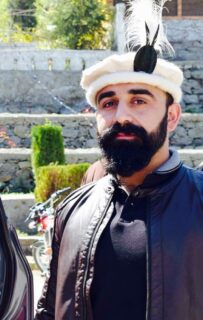 (Ali Sultan at a conference)

Majid: Hi folks this is Majid here on the MMA UK BJJ show and I am joined by Pakistani MMA pioneer and Head Coach of Team Fight Fortress, Ali Sultan. Ali, how are you doing?

Sultan: I am good Alhamdulillah. How you doing bro.

Majid: I am good thank you. How has the pandemic impacted your everyday life?

Sultan: Well not different than then rest of the MMA practitioners and coaches around the world, we have to shut down all the operations for almost 4 months and I went to my native village to get myself some peaceful away from pandemic but unfortunately got injured during trekking. And eventually while sitting at home I got infected with Corona but Alhamdulillah recovered in a week.

Majid: Has the pandemic affected you guys in retaining new clients?

Sultan: Definitely it has affected our business as people are worried about the infection, they stopped training because MMA training is more physical, we couldn’t offer classes. It has affected new clients and our previous clients as well. 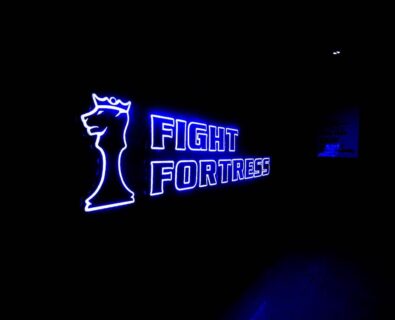 (The Team Fight Fortress logo in the F7 gym)

Majid: This sounds very harsh. How did you get into martial arts? Where did you see martial arts initially which motivated you?

Sultan: I started taekwondo at the age of 5 and got a black belt at the age of 13. I used to get bullied a lot that time whenever we go to a different area the elder boys make us fight, there was always a challenger so if we were to move around then it was a sure thing that we had to fight. So, to handle such situations I enrolled myself in martial arts without the permission of my parents.

And the second reason was that Everybody was playing typical sports like Cricket, Football but I wanted to do something different from others so I joined martial arts and you would not believe that martial arts was considered bad thing at that time and those who practice martial were considered as a rogue.

Majid: I have seen people practising Tae Kwon Do in the old skool days. It looked very hardcore. When were you initially exposed to MMA? Was it through videos?

Sultan: It was really hardcore when we started, there were no head guards, groin cards and we were asked to kick with all the power we have, good land was 100% knock out but even then I always find it incomplete and looked for something in which everything was allowed but couldn’t find anything like MMA that time, the reason was lack of internet facility, even television was not common and if you manage to get a television then there were a couple of national channels. When I moved to Islamabad in 2003 I saw the pride on a sports channel and my jaw dropped when I saw a fighter stomping a grounded opponent. From that day we decided to train in MMA.

Majid: Which fighter inspired you the most? And how did you initially learn MMA?

Sultan: Fedor was the one who inspired us initially and then later on Anderson silva and GSP, I always wanted to see Anderson Silva vs GSP though. We are self-taught, initially, we started mixing kicks with boxing and then with the help of online videos we stepped our game up.

Majid: What encouraged you to compete in martial arts?

Sultan: The fact that MMA was unknown in Pakistan and I was passionate about martial arts from my childhood, we wanted to introduce MMA in Pakistan and Alhamdulillah today it is one of the fastest-growing sports in Pakistan.

Majid: When did you first compete in MMA?

Majid: Did it feel different to Tae Kwon Do competitions? For the readers’ information can you describe what you competed on in 2008?

Sultan: It was an amateur MMA fight, there was no ring or cage, it was a carpet which was very hot due to constant heat from the sun, you can say that we have laid the foundation of MMA in Pakistan by fighting on hot carpet and grass.

Majid: That is incredible. Who did you model your game on?

Sultan: I like to move a lot so Anderson was my favourite initially, now I like fighters like Israel Adesanya, Demitrious Johnson, Dominick Cruiz, Josh Thomson and of course Conor McGregor.

Majid: I am a big fan of Israel as well. When was the Team Fight Fortress team established?

Majid: What has been the biggest achievement of TFF up to now?

Majid: Wow those are incredible achievements. Who do you think is the greatest Pakistani MMA fighter of all time? 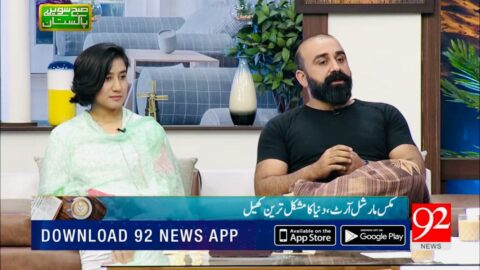 Majid: These guys are absolutely incredible. I know that along with playing a major role in the development of Pakistani MMA, you have contributed greatly towards the growth of the submission grappling game in Pakistan. Can you tell the readers a bit about that?

Sultan: Thanks to you and your Cooperation, you being my partner we were able to put great grappling events like PGC (Pakistan Grappling Challenge), we have done six huge and successful PGCs so far, they are the biggest and popular events and no one can beat us up till now. I hope we will keep this legacy intact in the coming future. Whenever we do something it is really different in class and ranking whether it is an MMA event or Grappling event.

Majid: Thank you, bro. We make a great team. We are like the Legion of Doom from the old WWF days where obviously I am Road Warrior Hawk. Where do you see the martial arts landscape in Pakistan in the next 5 years? 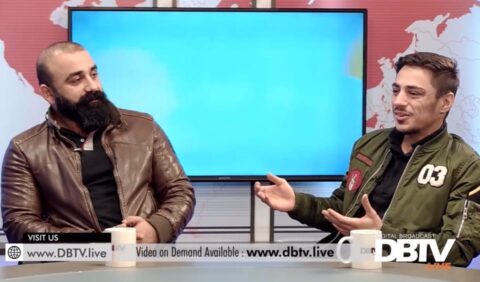 Sultan: The future is bright, the progress is slow but it is steady and consistent, in fact, MMA is fasting growing sports in Pakistan. New talent is emerging from all corners in the country, there were few of us who were busting our asses to uplift MMA in Pakistan but now there are so many people who are working hard for the promotion of MMA, new promotion are popping here and there and they are doing great work, I am so optimistic about future of MMA in Pakistan.

Majid: This sounds awesome. Have you encountered issues with traditional martial artists or the government while training or promoting MMA in Pakistan?

Sultan: Government has nothing to do with MMA, all over the world MMA promotions are running independently but yes in some cases government interfere in testing athletes and judging fights, no government supports individual athletes unless you make a big impact like Khabib. So, bashing the government for not supporting MMA is out of my understanding. I can say those big companies should come forward to sponsor MMA events and athletes which is, unfortunately, lacking in Pakistan. As far as traditional martial artists are concerned, it is really unfortunate in this country that nowadays everyone is trying to teach MMA and even BJJ, they are distributing fake championships belts and athletes are getting online promotions in BJJ. 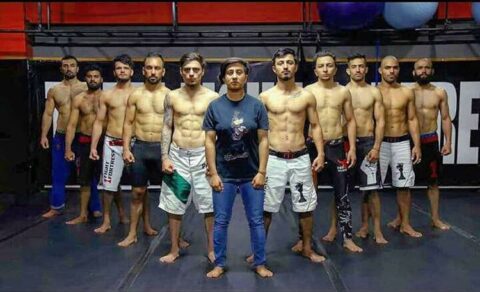 Majid: Yeah it has become a bit of an issue in Pakistan, especially, with the recent purple belt grading of Faizaan Rajpoot by Steve Franco who supposedly doesn’t even exist. What are your long term and short term goals in the upcoming future?

Sultan: We will keep on promoting MMA in Pakistan, I just want to lobby to create a commission involving the Government which will regulate MMA and BJJ.

Majid: I agree we need a proper commission in Pakistan. Do you have any parting messages for the readers?

Sultan: We have been given only one life, don’t spend your life busting your asses for one house and a car, don’t be greedy and materialistic because at the end of the day, it doesn’t matter who’s is stronger, prettier, or richer. the only thing that matters is whether you are happy or not. Try to help others and always have a smile. Peace.

Majid: What an awesome message. Ali Sultan I want to thank you on behalf of myself and the UK BJJ Show for doing this interview with us. I wish you the best of luck in your future endeavours.