by Abdul-Ahad Patel
in UFC
0

Stockton’s bad boy Nate Diaz has been at the forefront of media attention since his video interview on the #HelwaniShow on February 9th. Nate confirmed that he is done with the 155 division, stating there is “no competition” for him and considers himself ‘King’ of the 155-pound division.

“I’m just done with the 155 thing, that’s in the past now… I just think it’s time to start fighting at a more comfortable weight class. There’s nothing for me there, I already did everything, beat everybody. Feel like I’m the king of that division, so I’m going to leave that where it’s at. There was no love for me over there.”

Dana White hinted we could see Diaz back in the octagon stating, “We’re working on a Nate Diaz fight right now, and it’s not Tony [Ferguson]. But if we get it done, I think you’re gonna like it… It would put him in a really good position if he won the fight, and the guy who he could potentially be fighting, I think it’s a great fight for him, too.”

Although Nate Diaz has expressed fighting the likes of Dustin Poirier and Charles Oliveira there is still the obstacle of him fighting at 155, so if there is a potential for these fights to be made at 170 we could see the following showdowns at welterweight.

Poirier was scheduled to fight Diaz at UFC 230 in 2018, the matchup was scrapped when Poirier suffered an injury. ‘The Diamond’ is coming off an impressive win in his rematch against Conor McGregor at UFC 257, which earned him a knockout over ‘The Notorious’ one.

Although Poirier has not fought at welterweight before he said on The Joe Rogan Experience that he will move up to 170-pounds before retiring.

Responding to Nate’s call out on The Helwani Show he took to Twitter to say,

“A fight closer to my natural weight sounds like a great idea,” Poirier said not long after the Diaz interview surfaced. 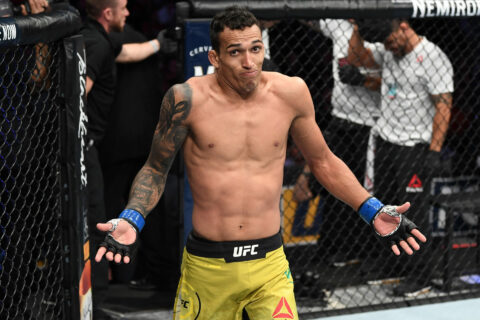 Nate Diaz spoke on Oliveira saying, ‘That’s the guy right there. I’ll fight that guy. I like the winners. I want to fight winners because I ain’t lost to nobody. I like the Oliveira fight…’

At 31, he’s 30-8-1, with his most recent win over Tony Ferguson. With a 8 fight win streak, Oliveira puts himself in the title conversation at lightweight.

Moving up to welterweight might not be in his interest. The submission king of the UFC tweeted,

Maybe not a match-up right now, but one for the future perhaps. 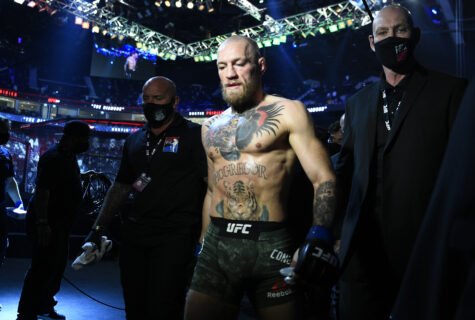 A fight that is currently one-a-piece and the rivalry continues, with tweets, IG comments and shade thrown in any interview these two competitors do not like each other.

McGregor recently lost to Poirier at UFC 257 and has been gunning for the trilogy match since his defeat. It seems more likely that McGregor will fight Poirier in a trilogy as Poirier has expressed more current interest, but again Conor at welterweight against Diaz for the trilogy. It’s inevitable, it has to happen.

“There are dangling carrots, or whatever way you would say it. Treasure chests that get presented to me. We’ve got world titles in boxing now. In addition, I hear Dana talking on The Mac Life interview also was Nate Diaz coming back down to lightweight,” said McGregor in a recent interview with Oscar Willis of The Mac Life (via Bloody Elbow). 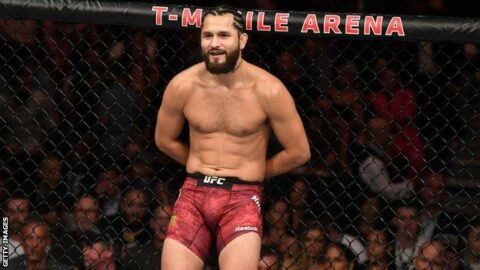 Street Jesus baptised Nate back in their first outing for the ‘BMF’ title back at UFC 244. Recently Masvidal announced in a interview with Boxing Social,

“Right now I’m focused on me fighting for the belt, which is going to be in August/September, actually September, we just got word on this,”

“Masvidal doesn’t decide anything… He needs to sit down and keep working his wrestling. When the champ makes a decision maybe he will give them an opportunity but for now nothing [is] happening.”

There was also mention of a Masvidal being a part of an Ultimate Fighter series. Nate Diaz recently expressed his opinion on Masvidal Instagram stating in the comment section, 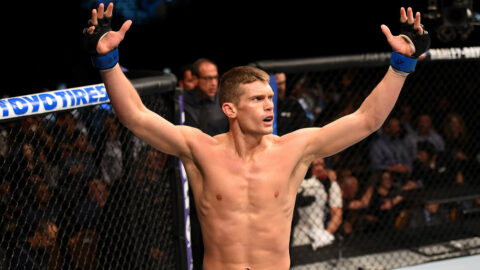 Wonderboy?… wait, wait, hear me out.

Stephen ‘Wonderboy’ Thompson may seem a bit of an anti-climax, but it is the most logical fight when you put everything into consideration. Poirier is looking for a rematch with McGregor at lightweight, Oliveira is gunning for his title shot and Masvidal is likely to be fighting for the welterweight title next or tied in commitments with The Ultimate Fighter.

Wonderboy is currently 3-2 in his last five bouts with a win over Masvidal. Currently ranked at #5, healthy and wanting to fight Thompson vs. Diaz makes perfect sense.

Lets not hype the casuals either as much as Nate is entertaining he is 3-2 in his last five with the majority of his welterweight bouts against lightweight fighters. Also, not to mention he is unranked in the welterweight division.

Styles make fights and who wouldn’t want to see highly technical, calculated kick-boxer/karate fighter against a smothering, in the pocket boxer with a high performing Brazilian jiu-jitsu game?

Maybe that’s who Dana had his eyes on for Diaz…