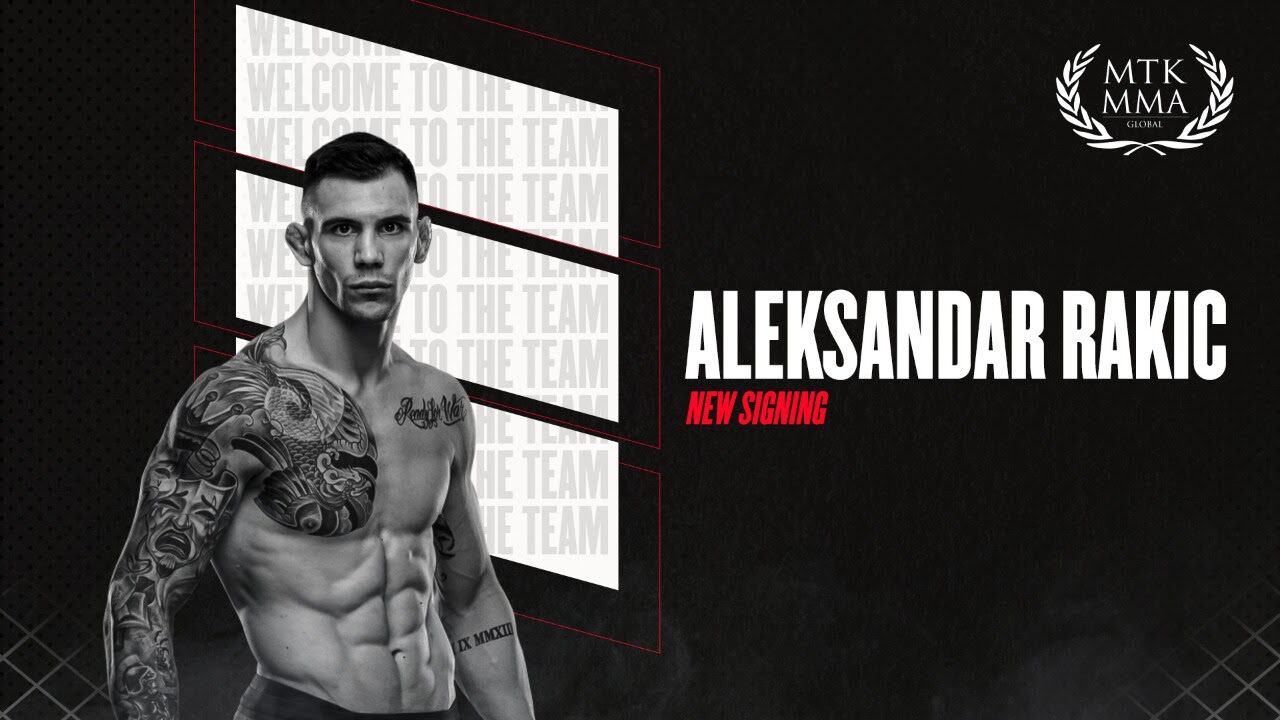 Rakic (13-2, 10 stoppages) is regarded as one of the best 205lb fighters in the world, and in his last fight picked up a dominant win over former UFC title challenger Anthony Smith, in what was the first UFC main event of Rakic’s career.

Since entering the UFC back in 2017, Rakic has also earned incredible wins over the likes of Francimar Barroso, Justin Ledet, Devin Clark and Jimi Manuwa, with his 42-second head-kick win over Manuwa earning him a Performance of the Night bonus.

With nine knockouts in his career so far, Rakic is known for his tremendous power, and returns to action on the main card of the huge UFC 259 event this weekend, facing #2 ranked light-heavyweight Thiago Santos in a highly-anticipated fight that has title implications.

At just 29-years-old, Rakic looks destined for huge things in his career, and he is delighted to be teaming up with MTK MMA.

Rakic said: “MMA is the most impressive and emerging sport I know. Together with MTK MMA, I will win the UFC title and hold it for a very long time. I’m looking forward to the future together.”

Head of MTK MMA Karl Keller added: “We all know that Aleks is an undeniable force in the light-heavyweight division and future champion material, but there is an endless supply of talent in the UFC, that’s not what caught our eye.

“What drew us in were his class, morals, meticulous approach and professionalisms to the sport. With Aleks we find a rare man that perfectly rides the line. He expresses his unwavering confidence in his skills and exactly what he wants to see next without being brazen or disrespectful which we see all too often these days, that’s what really snagged our attention.

“He gets in the cage, performs, and stakes claim post-fight. Everyone knows that he could have followed up on Manuwa after that head kick, but the mission was more than completed, there was no need. This is the type of human that we want on our team, that is MTK MMA quality.”