by MMA UK
in MMA News, ONE Championship
0

ONE Championship™ (ONE), Asia’s largest global sports media property, today announced that ONE: EMPOWER, ONE Championship’s live event scheduled for 28 May at the Singapore Indoor Stadium, has been postponed due to the current COVID-19 situation.

As always, the health and safety of our athletes, staff, and fans is our top priority. A new date for the event and other details will be announced at a later date.

In its place, ONE Championship will air a tape-delayed event on 28 May, ONE: FULL BLAST, which is headlined by a ONE Super Series Muay Thai showdown between Saemapetch Fairtex and Kulabdam “Left Meteorite” Sor. Jor. Piek Uthai. 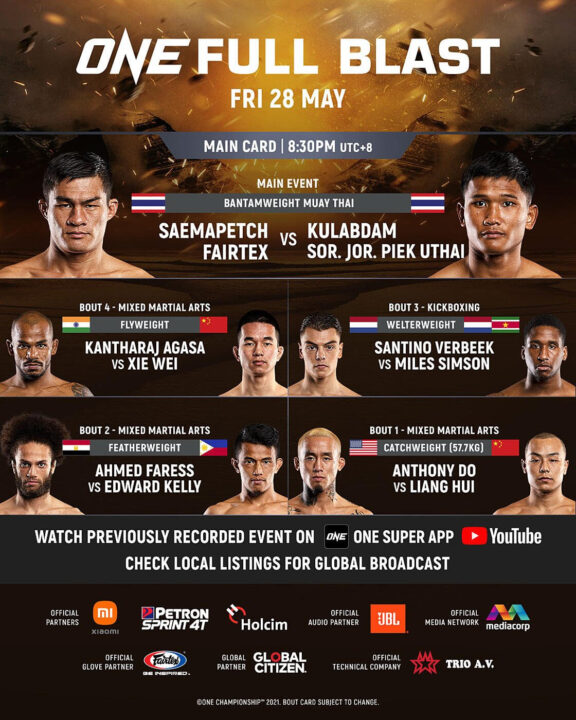