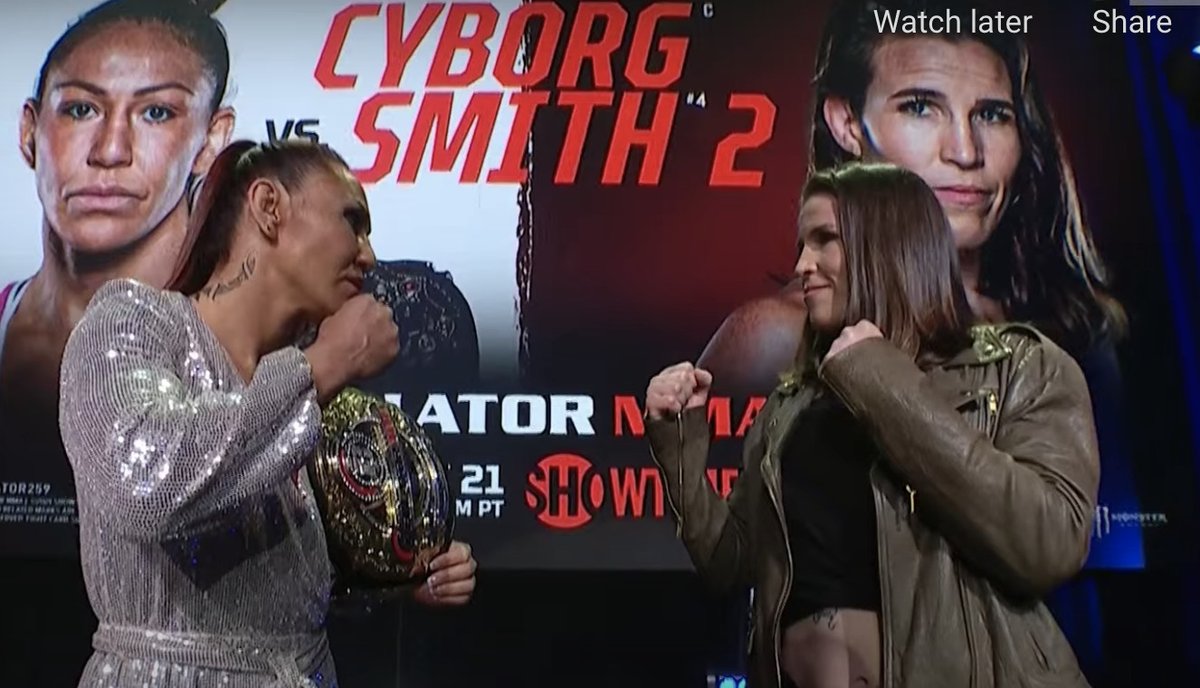 MMA UK will be bringing you live results of Cyborg vs Smith 2 throughout the night. Bellator Women’s Featherweight World Champion and legendary mixed martial artist Cris Cyborg faces Leslie Smith, with Cyborg’s featherweight title on the line. Cyborg and Smith previously fought in 2016, whilst they were both contenders in the UFC, with Cyborg winning their first encounter with a TKO in round one.

The co-main event will be a rematch between former Bellator Bantamweight World Champion Darrion Caldwell and his opponent Leandro Higo. Caldwell submitted Higo with a guillotine choke in their first fight three years ago.

Also on the card is English fighter Fabian Edwards (the brother of UFC fighter Leon Edwards) who is hoping return to his ferocious win streak after a decision loss to Costello van Steenis. Welsh MMA pioneer, former Cage Warriors and former Invicta Champion Brett Johns will be making his Bellator debut tonight after departing from the UFC, whilst winning his last 2 fights there.