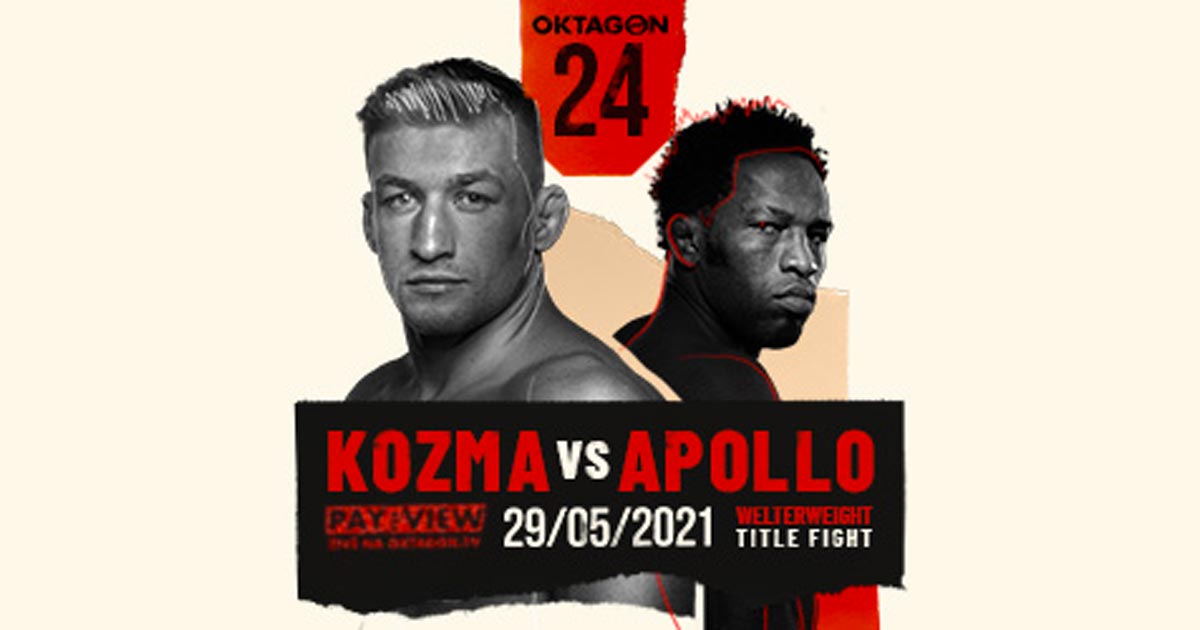 OKTAGON is back with another tournament and another battle for the title! The longest reigning OKTAGON champion David Kozma has already defended his belt twice. The third time, however, the undoubted welterweight number one is going to face the most difficult test so far. Leandro Apollo Silva with experience from the UFC is here to dethrone him.

One of the most successful Czech fighters and another UFC veteran, Viktor Pešta, is going to fight for the light-heavyweight title that’s currently up for grabs. David Spartan Hosek is back in action. This time, his famous hammers will test the Russian Hulk Tarhan Ibragimov from OFA Bratislava.

Tough old bird with limitless endurance, this is how the German tough guy Christian Jungwirth introduced himself to the audience. Now his qualities will be put to test by the similarly tenacious Miroslav Brož.

The event is also featuring the discovery of last year’s Underground project and the successful kickboxer Matěj Peňáz who hasn’t lost in MMA yet. Will he succeed for the third time, or will the unpredictable Branislav Zuzák end his winning streak? Filip Macek is close to the chance of a title battle in bantamweight. Will the author of 16 submissions pass his last test?