Cameron ‘Camchida’ Else returns to the Octagon!

Searching for his first UFC victory..

by Alun Davies
in UFC
0

On the 24th of July, UK-born fighter Cameron ‘Camchida’ Else will return to the octagon for a second time, facing off against fellow bantamweight Aaron ‘The Dragon’ Phillips.

So far, the trajectories of both fighters have followed an eerily similar path, with their careers running unusually parallel over the last few years. Both Else and Phillips began formidable win streaks in 2018, and proved themselves to be dominant in a variety of stylistic matchups. They independently earned multiple first-round TKO’s and submissions, demonstrating their mastery of a wide array of Mixed Martial Arts techniques. In 2020, both fighters stepped into the UFC after being asked to fight on short notice. Each of them accepted, and subsequently endured their first loss in over two years. Both ‘Camchida’ and ‘The Dragon’ were defeated in the second round. Undoubtedly, both fighters will be looking to make a powerful statement when they meet inside the Octagon on the 24th of July, attempting to separate their converging careers.

Else regards the outcome of his first fight in the UFC as an unfortunate anomaly, and believes he has made the necessary adjustments to get the better of Philips in their upcoming bout. He had agreed to make his UFC debut with just one weeks notice, and was required to rapidly shed 22lbs in order to make bantamweight. When it was time to step into the Octagon for the first time, he was left fatigued and underprepared.

Normally, ‘Camchida’ is characterised by his explosive movement and aggression. Of the 6 consecutive fights that he won prior to his UFC debut, all were finished in the very first round. Else was able to overcome each of his opponents with a variety of submissions and knockouts, imposing himself as a holistic and complete fighter.

Training at Jackson-Wink MMA, Else credits much of his prowess in the cage to an indomitable mindset. Speaking on the Sonya Morton Firth Show, he said:
‘I don’t give up. I never give up on anything I want to do. It’s in me…Someone has to take it away from me.’
It is this resolute determination that makes ‘Camchida’ so compelling to watch. 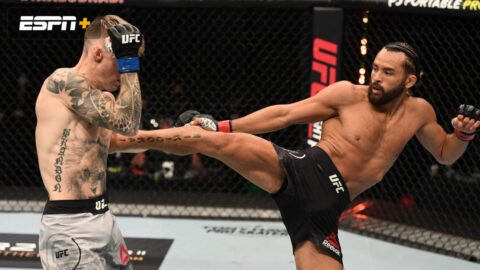 Outside of the Cage, the Margate-born fighter is a mental health advocate. He speaks eloquently on the trappings of a negative mindset, and has pledged to use his platform to help those who are suffering from depression by innovating new methods of treatment. Having battled through similar adversity himself, Else will no doubt make a formidable mentor for anyone struggling with their mental health.

Above all, ‘Camchida’ preaches self-belief as a method of attaining happiness and success. Rather than being nurtured into the fight-game from an early age, all of Else’s affinity to the sport comes entirely from within. His infectious self-motivation, belief, and commitment have become an integral part of his attitude to combat.
‘I’ve never had anyone that believes in me’, he told Sonya Morton Firth. ‘I’ve done this all purely for me. I can thank me.’
Prior to his fights, Else distils this self-belief into a visualisation process, which he ritualistically uses to determine his strategy inside the octagon, and predict the outcome of his fights. 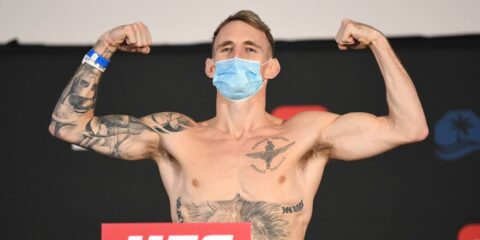 While the extreme pressure of his UFC debut may have temporarily disrupted his momentum, Cameron ‘Camchida’ Else will look for an emphatic victory during his fight against Phillips.

Miesha Tate: The return that no one is talking about