Herb Dean's stoppage of Sean O'Malley vs Kris Moutinho was fine and here's why.

I’m fully aware that I should have written this article about 3 weeks ago while it was topical, but in all honesty, the UFC 264 fight week had me completely burned out on MMA, and thus I needed a detox. However, I still thought it was worth discussing, so here goes.

Sean O’Malley vs Kris Moutinho was a very unexpected fight of the night. Many rolled their eyes at O’Malley facing yet another unranked opponent and were even more disappointed when injuries led to an unknown up-and-comer being shoehorned in on a week’s notice. It just wasn’t the elite test that we all wanted for “Suga” Sean, and 99.9% of us expected the far more skilled O’Malley to take Moutinho out in less than one round. We were right about the ‘more skilled’ part, but no one foresaw how this fight would play out, with Kris Moutinho proving to have arguably one of the greatest chins in MMA history.  Sean O’Malley displayed his usual striking wizardry, landing a staggering 230 significant strikes in just three rounds. And yet that same striking wizardry that has put down thirteen other men could not put down Moutinho, who could easily steal Chan Sung Jung’s ‘zombie’ nickname after walking forward through an ungodly barrage of punishment. It was incredible…it was shocking… It was scary. The violent theatre had the Vegas crowd at a fever pitch, and just 27 seconds before the standing ovation would begin… Herb Dean stopped it. People were angry, and the boos rained down.

“Why would he stop it when he was still walking forward?”

“That’s not fair, Kris earned his right to finish the fight!”

These are the two arguments I have heard since this fight that I am going to try and reason with. Firstly, the idea that a fight shouldn’t be stopped just because a fighter is still on his feet and isn’t asleep on the canvas. As the great Chael Sonnen once said ‘You do not stop a fight when your athlete can no longer move, you stop it when they can no longer win.’ Take away the surprise at seeing Moutinho’s all-time great chin, and take away the buzz of a hot Las Vegas crowd and what did you see? You saw Moutinho getting dominated for every last second of that fight, taking scary, record-breaking damage in the process. While his chin and continued efforts to try and stay in the fight deserve our praise, Sean O’Malley was not in trouble for one single millisecond. It became painfully obvious that Moutinho had zero chance of winning that fight, and with that realisation, Herb stepped in. Violence and pain are intrinsic parts of MMA, something these athletes go through every fight to achieve victory. But once it becomes clear that victory is no longer achievable and that pursuing it further will almost certainly lead to unnecessary, potentially life-changing damage? Stop the fight. What’s the point in continuing with those kinds of odds? Herb didn’t stop it early, if anything he stopped it late. 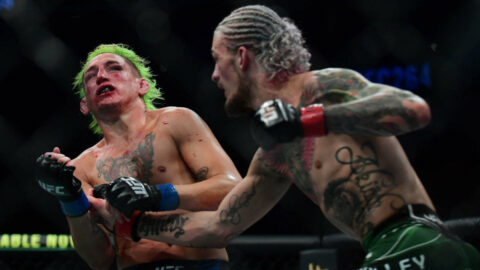 Speaking of Herb Dean, that takes us to the second argument we have heard, that Herb Dean owed it to Kris Moutinho to award his efforts with a moral victory. That Kris had earned his Rocky Balboa moment of going the distance with the far more experienced O’Malley. While that moment would have been nice, this argument does not hold up. Herb Dean, Jason Herzog, and all combat sports referees have one job and one job alone: to protect the fighters. To prevent them from taking ANY unnecessary damage. That is it. Awarding moral victories and prolonging fights to please the fans is not in their job description, and there is a reason for that. A moral victory is simply not worth suffering life-changing injuries or death for. It’s that simple. Did Kris Moutinho receive such damage that night at UFC 264? Maybe, maybe not. But is that really a risk Herb Dean should take? Letting a record-breaking beatdown go on because ‘eh, it’s a fun fight, it’ll probably be fine’? I don’t think so either. A pat on the back for going the distance is nice, but I’d argue that living to fight another day is nicer.

Boxing gets a lot of schtick from MMA fans (much of it deserved) but if there’s one area in which boxing is way ahead of MMA, it is stoppages. Think back to Tyson  Fury vs Deontay Wilder 2. Fury walked Wilder down and beat him from pillar to post for 7 rounds, knocking him down and cutting him in the process. Wilder’s only chance of victory was landing that nuclear bomb of a right hand, and once those chances became too slim, his corner stepped in. They saved their fighter the kind of damage that has helped end lives in boxing, and thus Wilder lives to bomb another day. Deaths in combat sports are a rarity, sure, but it does happen, and it will happen if these brave fighters are allowed to take unnecessary abuse all in the pursuit of an impossible/moral victory. So next time you swear at your TV when a banger of a fight is called off, just think for a second. If it turns out a fight was stopped early, it’s no big deal, there will always be another fun fight next weekend. If a fight is stopped too late though? I don’t even want to think about what could happen. 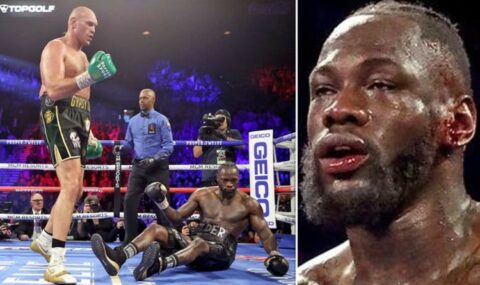 CAN RISING STAR OMAR ALIEV WORK THE HOME ADVANTAGE AT THE IMMAF EUROS?