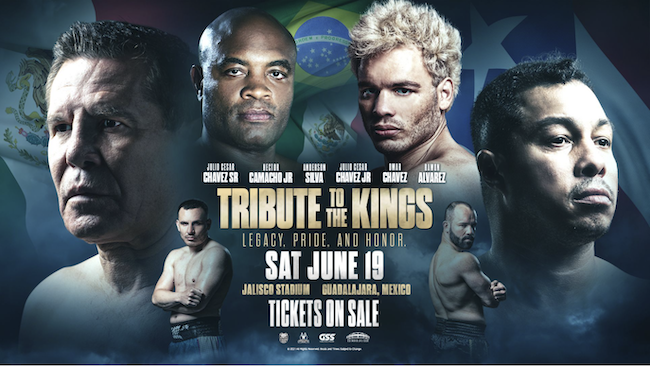 A world class broadcast team will be ringside calling the live boxing action for the “Tribute to the Kings” Pay-Per-View event taking place from Jalisco Stadium in Guadalajara, Mexico this Saturday, June 19th.

Tribute to the Kings, featuring Julio Cesar Chavez Jr. vs. “The Spider” Anderson Silva will be available for live viewing on cable, shown on cable, satellite and digital Pay Per View, starting at 9 p.m. ET / 6 p.m. PT, on for a suggested retail price of only $39.99. Integrated Sports Media and Joe Hand Promotions will distribute throughout North America via DirecTV, iN Demand, Vubiquity, DISH, SaskTel, Rogers, Shaw PPV and via the FITE.TV website and app in the United States, Canada and select markets world-wide

Handling the blow-by-blow commentary will be Brandon Kyle. Known in the Muay Thai fight business as a broadcaster with Triumphant Combat Sports, he is now a recent fixture on the Global Sports Streaming (GSS) boxing series, “Best in Boxing.”

The expert analysis will be the work of former junior welterweight world champion, Chris Algieri. In addition to his championship pedigree, Algieri has quickly established himself as one of the best analyzers of fights with his work on Top Rank’s ESPN broadcasts.

Comedian Crystal Marie Denha will handle the reporting. Denha had her own sports show titled “The Fumble”. She left that to start a comedy career, and now is returning to broadcasting since selling The Fumble. She also hosted Australia Breakfast News Program “Sunrise”. She is a first-generation US citizen born to Iraqi parents.

Performing Play-By-Play calls on the Spanish broadcast will be Hall of Famer, Marco Antonio Barrera. Barrera who can be seen and heard on many of the major fights throughout Mexico, will be the lead for Tribute to the Kings.

He will be joined by former world champion Cristian Mijares as well as analyst Goyitp Perez. Gerardo Rodriguez will handle the hosting duties at the desk. 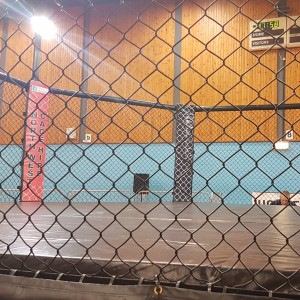