BRAVE CF 65 Fight Card and How to Watch

BRAVE CF 65 Fight Card and How to Watch

The third and final event of the latest installment of Kombat Kingdom. Set for October 28th at the Khalifa Sports City Arena, the event will be headlined by Bahraini hero Hamza Kooheji going up in weight to face Colombia’s Eduardo Mora. The fight will be contested at Featherweight as Kooheji looks to get back to the win column following a failed title shot at 135 pounds.

In the co-main event of the evening, a huge Bantamweight bout takes place as Arab superstar Izzedine Al-Derbani drops down to 135 to take on Jose Torres, the number five Flyweight in the world, officially making his return to Bantamweight.

Also set for fight night is a huge Heavyweight bout between undefeated Shamil Gaziev and Pavel Dailidko, and Super Welterweight action as Ahmed Labban goes up in weight to face Carl Booth. 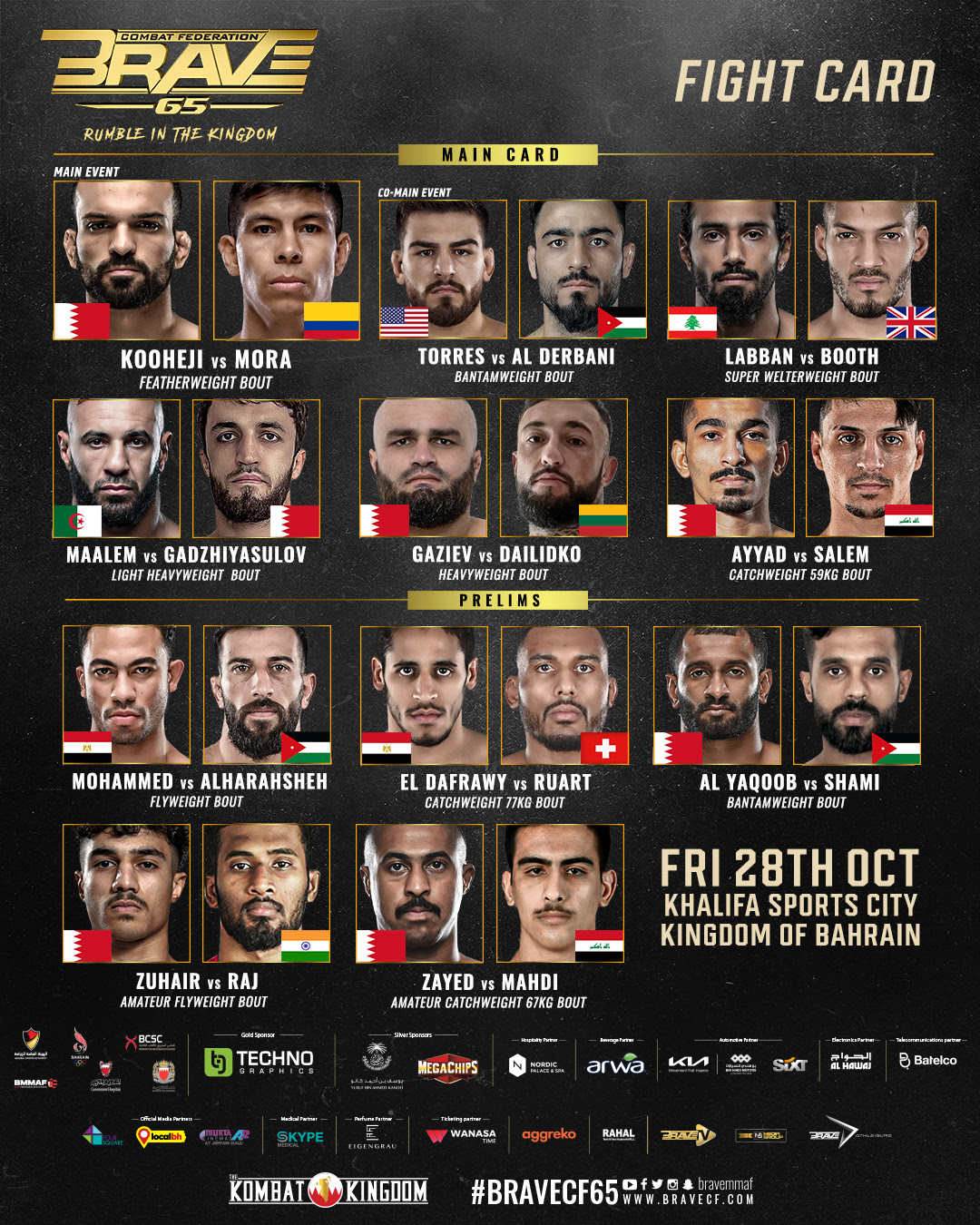 BRAVE CF 65: START TIME, WHERE TO WATCH, AND MORE
Below you can find all the broadcast partners and where to watch the show.