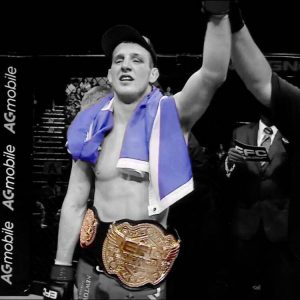 ntrymen in the UFC and Paul Craig being BAMMA’S 205 pound champion. In today’s episode of Across The Pond, you will meet a fighter who is doing his fellow Scots proud. A professional since November 2011 and fighting out of Higher Level Martial Arts, Danny Henry owns a 7-1 record consisting of three knockouts, three submissions and one decision. Henry is currently the 145 pound champion for Extreme Fighting Championship based in South Africa. In his MMA debut, Henry defeated Danny Greyson via submission in the second round. He scored back to back wins before knocking out David Galbraith in the second round at Headhunters Fighting Championship. Henry is 3-0 so far in 2015. At EFC 40, he submitted Hanru Botha in the first round.  Henry followed that up with a decision win over Matthew Buirski at EFC 42. He became the 145 pound champion when he knocked out Boyd Allen in the fourth round at EFC 44. Henry will make his first title defense when he locks horns with Igeu Kabesa on March 5, 2016 at EFC 47. Good luck Danny!