Star in the Making

BAMMA’S three trips to Ireland have paved the way for a new generation of Irish talent to take MMA to new heights. In today’s episode of Across The Pond, you will meet a aggressive leg lock specialist looking to become BAMMA’S next big star. A professional since July 2016 and repr 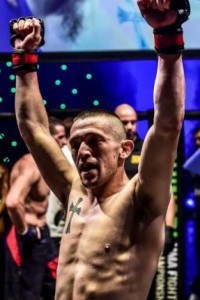 esenting SBG Ireland in Dublin, 25 year old Richie Smullen owns a 2-0 record with both of his victories coming via way of submission..