Norway is a proud nation that has produ 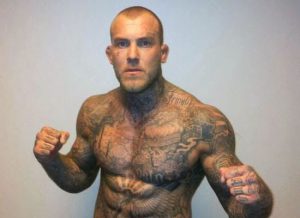 ced some of Cage Warriors top prospects. In today’s episode of Across The Pond, you will meet a dangerous finisher looking to wreak havoc in the Cage Warriors Light Heavyweight division. A professional since May 2013 and representing Frontline Academy, 27 year old Kenneth Bergh owns a 4-0 record consisting of three submissions and one knockout.

In his MMA debut, Kenneth knocked out Bilal Tahtahi. Then he submitted Jay Oliver in round one. Kenneth also tapped out Jan Lysak in the first round. In 2016, Kenneth submitted BAMMA veteran Brett McDermott in round one at Clash of the Titans 16. Bergh will look for his fifth  straight win when he takes on Frenchman Johan Romming at Cage Warriors Unplugged on November 12 in London. Good luck Kenneth!