by Myles Painter
in Across The Pond, Cage Warriors
33

The state of female MMA in Europe has a solid foundation with many up and coming ladies rising through the ranks. In today’s episode of Across The Pond, you will meet a bull-like fighter whose crushing submission power and ruthless aggression make 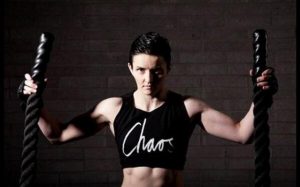 her a pillar of strength for women’s MMA in Ireland. A professional since December 2010 and representing Pankration MMA and Kickboxing Academy, Catherine Costigan owns a 6-2 record in eight career consisting of four submissions and two decisions.