In terms of the international scene in Women’s MMA, Invicta FC has bolstered their divisions by adding some flare from around the world. In today’s episode of Across The Pond, you will meet a 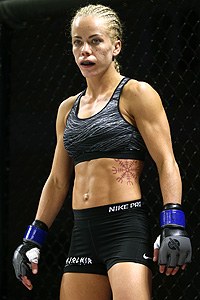 n Icelandic blizzard ready to put the Invicta FC Straweight division in a deep freeze. A professional since September 2016 and representing Mjolnir MMA, Sunna Davidsdottir owns a 2-0 record with both of her victories coming via decision.

Alex Davidson speaks to MMAUK ahead of Headhunters fight