by Myles Painter
in MMA News
41

On July 25, the third instalment of Dana White’s Tuesday Night Contender Series will air live on UFC Fight Pass. Here are some stars to keep an eye out for on this card. 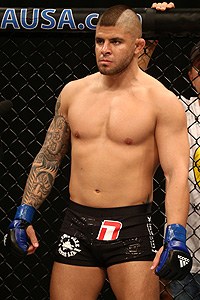 Gabriel Checco – This RFA veteran hails from Brazil and holds a 10-2 record in twelve career bouts consisting of five submissions and five knockouts. Gabriel has a diverse submission attack so I wouldn’t be shocked if this fight ends up on the ground at some point. Gabriel takes on Chase Waldon in a Middleweight affair. Gabriel last fought in September 2016 where he submitted Adam Stroup in round three via kneebar at RFA 43. In Chase Waldon, Checco is facing an equally versed opponent who holds an 11-2 record in 13 career bouts consisting of five submissions, three knockouts and three decisions. Chase is coming off a split decision win in May 2017 at LFA 12 against Cully Butterfield. 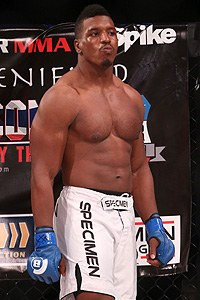 Alonzo Menifield – This unbeaten Light Heavyweight prospect owns a 3-0 record with all three of his wins coming via knockout/TKO. I think if Alonzo uses his heavy hands to dictate the pace, we could very well end up seeing a future Light Heavyweight star blossom right before our eyes. Alonzo takes on Daniel Jolly in what is sure to be a hard-hitting slugfest. Alonzo is coming off a first round TKO win at LFA 13 in June 2017. In Daniel Jolly, he faces an equally dangerous striker with brutal power. 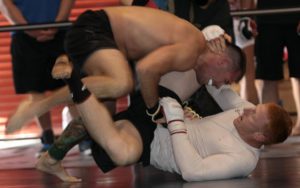 Kyle Stewart – This warlike Southwestern prospect owns an unbeaten record , is well versed in all aspects of MMA and is coming off a first round submission win over Ty Freeman at LFA 11 in May 2017. I think if Kyle imposes his will, it’s only a matter of time before his opponent buckles under pressure. In Jason Jackson, Kyle will be facing a 7-2 opponent with heavy hands and slick submission skills. Jason is best remembered for his stints on The Ultimate Fighter season 21 and Titan Fighting Championship.