Jamie Hughes: The Welsh grappler who competes in Jiu Jitsu for a living

Competing out of Celtic Pride Martial Arts in Abertillery, South Wales, Jamie Hughes has become one of the strongest grapplers in the country over the past few years, competing in major Jiu-Jitsu promotions such as Polaris and Figure four grappling.

When the 29-year-old began training in 2007 he never imagined someday he would make his passion for Jiu-Jitsu a full-time career, and get to face off against some of the best talents in a fast-growing sport.

But that’s exactly what has happened.

Now, under the guidance of long-time coach and founder of Celtic Pride, Greg Creel, he will aim to take on the world of grappling in a major way, starting with his high profile match up against UFC standout Tom Breese in August.

And head coach Creel believes this could just be the beginning for a constantly improving Hughes, who is already multiple time IBJJF European medalist. 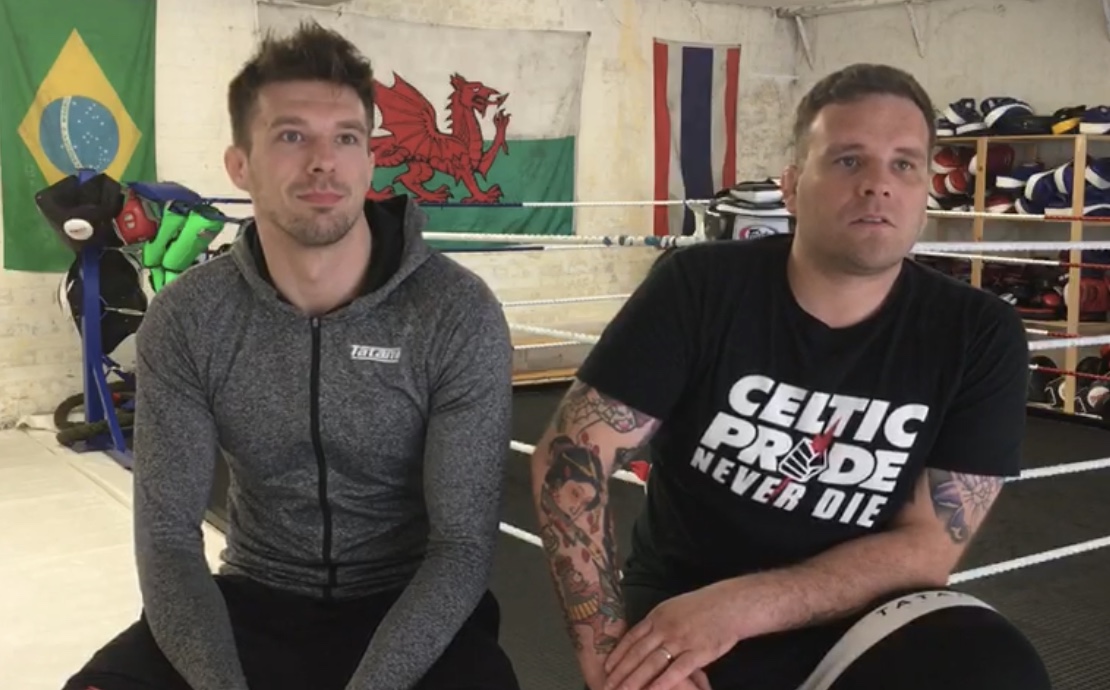 ”I do see him doing something special in the next five years,” said Creel. “Whether that’s getting a medal at a major tournament or submitting someone on Polaris that no-one expected him to submit.”

“He’s working hard and he really deserves it.”

The full interview with Jamie Hughes conducted by Lewis Smith for MMA UK.

Thanks for joining us Jamie, how did you get started in Jiu-Jitsu and what made you want to do this for a living?

JH: I got into Thai boxing first and was fighting professionally by the time I was 18. I really wanted to do MMA, and that was one of my passions, so I only wanted to do Jiu-Jitsu so I could fight. I knew if I wanted to stand and bang I’d have to get to my feet.

So I fought MMA and got to the point where I won a British amateur title, but then it got to the stage where Jiu-Jitsu was all-encompassing and I loved it. So I had a chat to my coach Greg and said this is what I want to do with my life. He said its going to be really really hard, but ten years down the line now I’ve got to a good standard it’s all worth it.

And what are your goals in Jiu-Jitsu over the next few years?

JH: The next couple of years I don’t have anything specific in mind, I just want to keep fighting the toughest level of opposition I can. I could easily do smaller competitions and win every weekend, having everyone blow smoke up my arse, but I want to take on the toughest people. If I can get to where I’m regarded as world-class then that’s what I want to do. For me, it’s about testing yourself constantly.

What’s it like to compete and train in Jiu-Jitsu for a living?

JH: It’s just crazy that I get to teach Jiu-Jitsu, and I get to train and compete on big shows for a living. It’s quite surreal actually. Greg as a coach always told me it wasn’t going to be easy and I’ve had to make sacrifices. I’ve given up a lot, but to get there now is satisfying. I come in every day and it’s my job, but I don’t see it as work.

I get to hang out with my best friends, train, show people Jiu-Jitsu and make a good positive impact on peoples lives. It might only be a small impact but for me, that’s the biggest benefit and the thing I like most about it.

You’ll be facing off with UFC Middleweight Tom Breese in an Ace submission Grappling show coming up. How much are you looking forward to this matchup and how have you prepared?

JH: I love it. Tom has the notoriety of being in the UFC and is probably one of the best all-round martial artists in the country. We’ve met before when I was a brown belt and he got the better of me, but I think I’ve improved so much between then and now. I’m not scared of anyone on the submission grappling scene, and I think I can beat anyone in the UK and in the world.

What are your predictions for the match up with Tom?

JH: My prediction is a submission, simple as that. At the end of the day, that’s the sport and that’s what we’re here to do.