Cage Warriors 101 fight week has begun. This Saturday February 16th, Europe’s leading MMA promotion kick off what promises to be a massive 2019 with their first show of the year at Liverpool’s Exhibition Centre.

A brand new Cage Warriors venue will host ten professional fights this weekend for Liverpool fight fans, with a heavyweight clash between Tom Aspinall and Sofiane Boukichou topping the bill.

Aspinall is fast becoming one of the most talked-about heavyweight fighters on the North West scene, having finished every one of his professional wins within the distance. He’s a long-time training partner of UFC Welterweight contender Darren Till, and a former sparring partner of unbeaten British boxing superstar Tyson Fury. He faces a stern test in the more experienced Frenchman Boukichou, who is currently riding a four-fight win streak and finished his last two Cage Warriors fights with both knockout and submission.

Also on the main card in a fight that’s sure to have the Liverpool crowd on it’s feet, two local fighters meet in a Merseyside Derby when Adam Ventre takes on Tim Barnett. Ventre has had great success in his recent bouts in the Cage Warriors Academy North West, picking up 3 back-to-back finish wins to take his record to 7-3. He’s yet another prospect fighting out of Next Generation MMA, home of former Cage Warriors champions (and now UFC stars) Molly McCann and Chris Fishgold, both of which will be meeting fans alongside UFC legend Dan Hardy and Octagon Girl Edith Labelle at the CW101 Meet and Greet from 8.20PM. 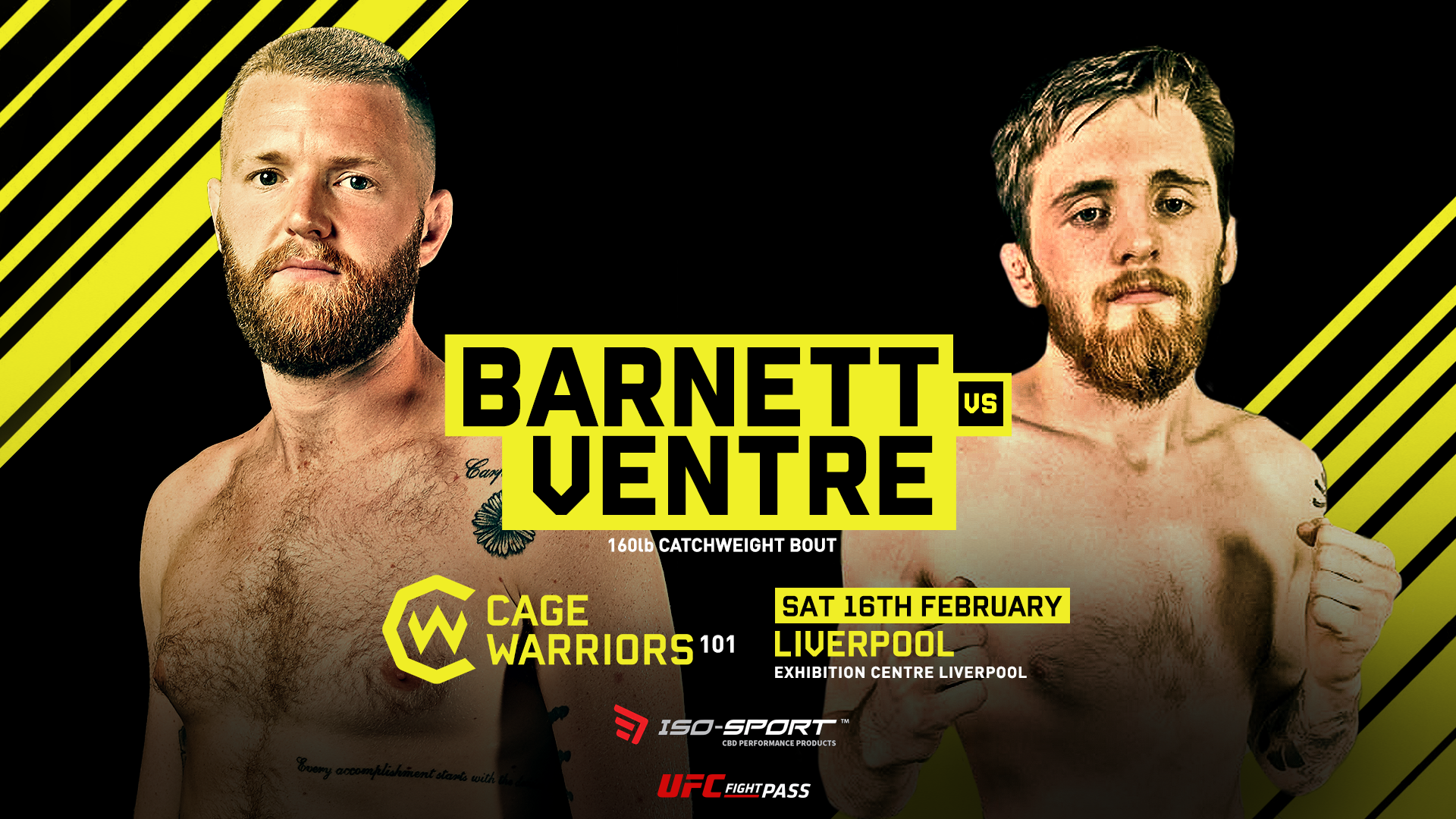 Tim Barnett, who trains out of Liverpool’s MMA Academy, has established himself as one of Europe’s most exciting strikers and is looking to get back to winning ways after a loss to Alex Lohoré at CW100.

And that’s not all. Before the CW101 pro card, a seven-fight Cage Warriors Academy North West card will showcase the top amateur talent from Liverpool and across Europe from 5PM.

Doors at the Exhibition Centre open at 4.30PM. The last remaining CW101 tickets are available HERE.

Main Card (from 9PM) will be broadcast live on UFC Fight Pass and a host of premium global partners including: