Light heavyweight champion Jon Jones and challenger Daniel Cormier came to blows at the UFC 178 media event earlier today. The two originally met on stage for a staredown when the taller Jones moved to touch heads with DC who then shoved the champ. Immediately Jones dropped his belt, walked through The Senior Director of Public Relations for the UFC Dave Sholler, as he tried to stop the situation escalating, then towards Cormier and threw a punch, turning the stage over and decending in to anarchy.

Check out the video above from the MMAFighting Youtube

But they weren’t done there. Shortly after the war of words turned to social media and their twitter feeds: 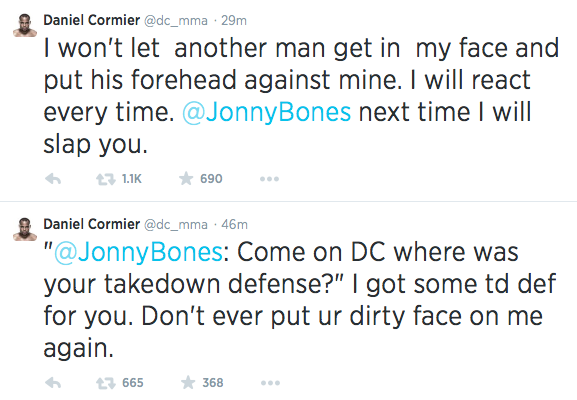 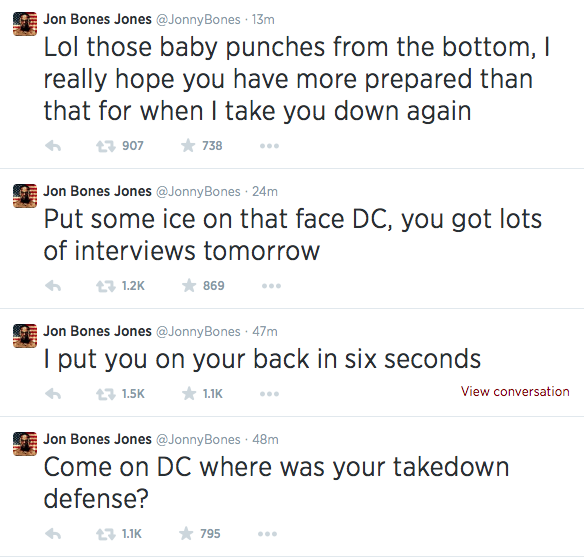 Trujillo Out, Maynard Steps In Against Ross Pearson