by Peter Knox
in Bellator
21 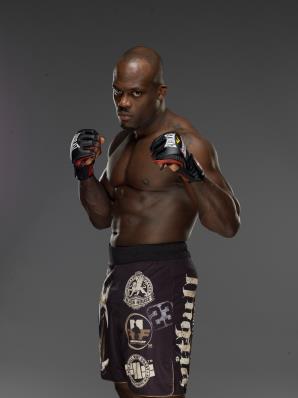 A thrilling middleweight matchup between two of the most dangerous strikers in all of mixed martial arts will headline a newly-announced Bellator MMA event, as knockout artist Melvin “No Mercy” Manhoef (29-12-1) meets fellow striker and former Bellator MMA middleweight champ Alexander “Storm” Shlemenko (50-9).

“Bellator: Manhoef vs. Shlemenko,” which takes place Feb. 13 at Save Mart Center in Fresno, Calif.

Tickets for “Bellator: Manhoef vs. Shlemenko” go on sale next Friday, Dec. 12 and can be purchased at The Save Mart Center box office, Ticketmaster.com, or Bellator.com.

“You take Melvin Manhoef and Alexander Shlemenko, two fighters with a combined 56 knockout victories between them, and put them in a cage, and you know exactly what you’re going to get,” Coker said. “These two fighters have both been known to stand in the pocket and trade bombs. This will be an absolute firefight, and we’ve got a number of other great fights planned for the card that we’ll be announcing very soon.”

Surinamese-Dutch striker Manhoef has been one of the most feared strikers in MMA for nearly two decades. A former world champion kickboxer, 27 of Manheof’s 29 career victories have come by way of knockout, a stunning 93 percent rate.

Manhoef made his Bellator MMA debut in September, scoring a first-round knockout of slugger Doug “The Rhino” Marshall before suffering a disappointing loss to fast-rising striker Joe Schilling. Now Manhoef looks to rebound and flash the kind of power that has seem him earn career wins over the likes of Mark Hunt, Kazushi Sakuraba, Evangelista “Cyborg” Santos, Denis Kang, Kazuo Misaki and Ian Freeman, to name just a few.

Meanwhile, the Russian-born Shlemenko has spent the past four years fighting under the Bellator MMA banner, already appearing in 14 contests for the organization. The 30-year-old Shlemenko picked up two previous Bellator MMA tournament titles and claimed the promotion’s middleweight world championship with a February 2013 win over Maiquel Falcao. He would go on to defend the belt successfully three times before losing the title to current champ Brandon Halsey this past September.

Shlemenko is a 10-year veteran of the sport whose devastating striking, complete with crushing knees and highlight-reel spinning strikes, has already registered 50 career wins, 29 of which have come by knockout.

Additional bouts and details for “Bellator: Manhoef vs. Shlemenko” will be announced shortly and we will keep you updated