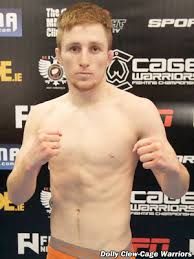 et of fighting skills.  In today’s episode of Across The Pond, you will meet a fighter who possesses this calm and seems to be at his best when the fierce spotlight shines brightest. A  professional since June 2009 and fighting out of SBG Mainline, Jordan Desborough holds a 10-4 record in 14 career fights consisting of three knockouts, three submissions and four decisions. Jordan has fought for various promotions in Europe including Full Contact Contender and Cage Warriors. In his MMA debut, he defeated Carl Fawcett via submission in the first round. At FCC 6 in 2013, Jordan defeated Conrad Hayes via split decision before signing with Cage Warriors in September. Jordan made his debut at Cage Warriors 59 in Wales as part of their 135 pound tournament by defeating Timur Mercanoglu via knockout in the second round. He earned his second win for Cage Warriors when he defeated Kris Edwards at Cage Warriors 72 in Wales. Jordan returned to Full Contact Contender in 2015 to take on Malek Latreche at FCC 13 and defeated him via knockout in the second round. In October, he defeated Declan Williams via second round knockout at FCC 14, extending his winning streak to three. Best of luck in the future to Jordan!