As a Mixed Martial Artist, you want to give everything you have in the cage because you 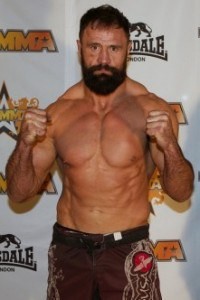 never know what opportunity could come next. In today’s episode of Across The Pond, you will meet a fighter who is looking to show the land of the rising sun what England has to offer. A professional since March 2013 and fighting out of Flex MMA, Brett Mcdermott owns a 5-2 record consisting of four knockouts and one decision. All four of Brett’s knockouts have come inside the first round. Brett is known for his one punch knockout power. He defeated Jason Tyldesley via knockout before picking up a decision win over Shawn Lomas. At BAMMA 17 in Manchester, Brett faced UFC veteran Oli Thompson and knocked him out in the first round.  His most recent win came at BAMMA 23 in November 2015 with a first round knockout of ”The Nigerian Diamond”. He will now face Bellator MMA veteran Muhammad Lawal at Rizin FF 1 on December 29,2015. Good luck Brett!