by Myles Painter
in Across The Pond
5

In my opinion, SBG Ireland is one of the best gyms in Europe due to the caliber of their 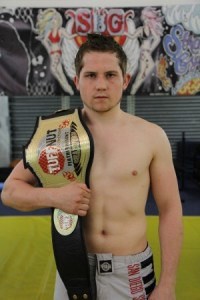 fighters and coaches. In today’s episode of Across The Pond, you will meet another fighter from that gym who is set to make his BAMMA debut on February 27th. A professional since February 2011 and representing SBG Ireland, Brian Moore holds a 8-4 record in 12 career fights consisting of five submissions, two decisions and one knockout. In his MMA debut, Moore knocked out Andy Young in the third round. He won his next two bouts, submitting Gary Morris and defeating Adrian Zelinski via decision. In 2012, Moore submitted Connor Dillon in the first round. He won three fights in 2013, with submissions of Josh Ramage and Rich Edgeworth and a decision win over Stephen Coll. In 2015, Moore submitted Tommy McCafferty via rear naked choke in round three. Moore will face Mick Brennan at BAMMA 24 on February 27. Good luck Brian!

Q And A with Brian-

What attracted you to SBG Ireland?

I wanted to give myself the best chance to succeed. I live two hours away from SBG but it’s an honor to travel up each week and train with the teammates I have under the best coach in mma worldwide right now.

What are your thoughts on your opponent Mick Brennan?

I trained with him but that was a long time ago. I’m sure he’s improved and he trains with a good team. He’ll bring his best but so will I. My focus is on me and no one else.

Do you have any pre-fight rituals?

I have an Honours Degree in Construction Management and Engineering but after college decided change careers, qualified as a Personal Trainer and now own my own gym, Moore Fitness.