When a fighter lands a knockout, fans go wild. In today’s episode of Across 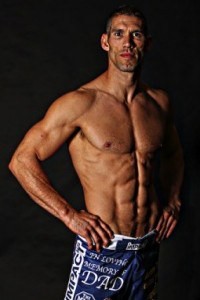 The Pond, you will meet a powerful fighter who gives fans their money’s worth. A professional since November 2011 and representing London Shootfighters, Matt Hallam owns a 5-2 record in 7 career bouts with all five of his wins coming via knockout. In his MMA debut, Matt knocked out Dan Watkins in the first round.He won his next fight in just 15 seconds before picking up a knockout win over Nick Nembhard. At BAMMA 14 in 2013, Hallam knocked out Curtis Widmer in the first round. In 2014, Hallam defeated Steven Dinsdale via knockout in the second round at Cage Warriors 68. Hallam is set to make his BAMMA return and will now face fellow knockout artist Conor Cooke at BAMMA 24 on February 27. One thing is for sure, fans of knockouts will definitely not want to miss this one. Good luck Matt!