In Mixed Martial Arts, the fighters that you train with on a daily basis can be a we 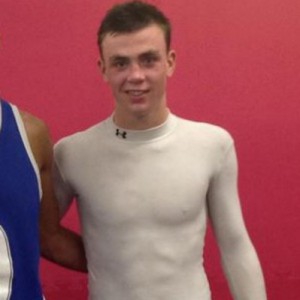 alth of knowledge when to comes to educating and mentoring up and coming fighters. In today’s episode of Across The Pond, you will meet a fighter with limitless potential and has a bright future ahead of him in MMA. A Professional since November 2014 and representing Sixth Sense MMA, Adam Proctor owns a 4-0 record consisting of two submissions and two decisions. Proctor is a teammate of Cage Warriors Featherweight champion Alex Enlund.

In his MMA debut, he submitted David Stone via Arm Triangle Choke in the first round. Then, Proctor submitted Roger Griffin via rear naked choke in round one. In 2015, he defeated both Edwin Eldholm and Perry Goodwin via decision. Proctor will now face David Round in the main event of Combat Challenge North East 5 on April 9th. Good luck Adam!