Mixed Martial Arts is much more than relying on one area of the sport. 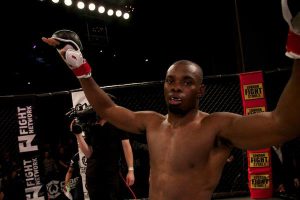 It is also about growth and evolution. In today’s episode of Across The Pond, you will meet a fighter whose brutal knockout power has cemented his status as a up and coming Light Heavyweight prospect in the UK.  A professional since June 2014 and representing The MMA Clinic, Darren Stewart owns a 5-0 record consisting of three knockouts and two decisions.