One of the many keys to becoming a great fighter is being efficient with your techniques.  In t 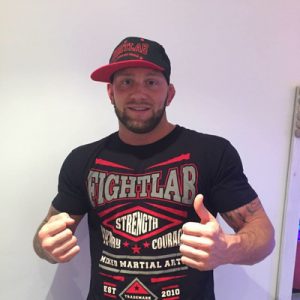 oday’s episode of Across The Pond, you will meet a fighter whose one and done knockout power has turned him into a fast rising prospect. A professional since November 2015 and representing NFM Windsor, Terry Brazier owns a 5-1 record in six career bouts consisting of four knockouts and one submission.

In his MMA debut, Terry knocked out Dave Rintoul in the first round. He also knocked out Philip Redfern in round one in just 32 seconds. In 2016, Brazier scored back to back knockouts over Will Carins and Edgaras Banikonis respectively. At BAMMA 25 in Birmingham, Terry faced Swiss fighter Issey Francis Buangala and submitted him via rear naked choke just 38 seconds into the first round. One thing is for sure, this quick finisher is definitely a fighter to keep an eye on in the near future!

Heart Of A Warrior