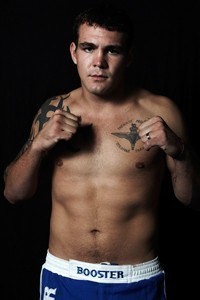 ons. In today’s episode of Across The Pond, you will meet a tireless fighter looking to capture the Cage Warriors Middleweight title at Cage Warriors 77 on July 8th in London. A professional since January 2010 and representing Tillery Combat MMA, 26 year old Jack Marshman owns a 19-5 record in 24 career bouts consisting of eleven knockouts, five submissions and three decisions. Jack is best known for his time in BAMMA and Cage Warriors.