Get ready Glasgow, the Russians are coming and the UK mixed martial arts landscape will never be the same again.

On Saturday, October 1st Absolute Championship Berkut (ACB) will debut on Celtic soil with an exciting event in Glasgow, Scotland with a card stacked top to bottom with high level British and Russian fighters.

Leading the charge for the Scottish will be Robert Whiteford who will make history by being the first Scottish fighter to headline for a major promotion not just in Glasgow, but worldwide. 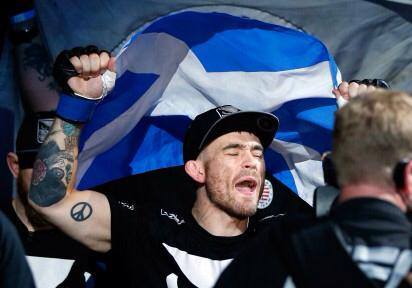 ACB is a Russian-based promotion that is fast becoming one of the biggest players on the global scene. Since being founded in 2012, ACB have averaged one event every 3 weeks and currently have one of the biggest and most talent filled fighter rosters of any organisation in the world.

Their motto, ‘Less Show, More Fighting’, and their high end level of production, has seen them climb the ranks of the mixed martial arts world quickly and catch the eyes of fight fans worldwide.

They have had their eyes on expanding into the European market for some time and this year they have added an English speaking commentary team consisting of knowledgeable play-by-play UK comedian Bryan Lacey and ex-UFC fighter and current Venator Middleweight Champion Luke Barnatt who provides analysis.

All ACB shows air for free on their YouTube page and you can catch up with all the highlights of their previous events in the same place.

ACB Glasgow looks set to be a show that fight fans around the world simply can’t miss.

To get all the latest ACB Glasgow news follow ACB on Twitter: @ACB_League or on Facebook:https://www.facebook.com/acberkut/ where venue and ticket information plus additional fights to the card will be announced next week.