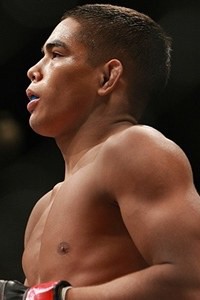 Veterans of Mixed Martial Arts often use techniques they learn in world class gyms to sharpen their skills. In today’s episode of Across The Pond, you will meet a fighter whose wealth of experience training in various gyms across the globe and fighting in worldwide promotions  makes him a respected European MMA veteran and a difficult fighter to prepare for. A professional since November 2003 and representing Iron Mann MMA, 29 year old Ronnie Mann holds a 25-8-1 record in 33 career bouts consisting of 11 submissions, 5 knockouts and 8 decisions.

In his MMA debut, Ronnie defeated Andy Dicks. He won his next five fights which included wins over Gary Howe and Aaron Blackwell respectively. Mann also earned submission wins over Kyle Davis and Harold Roder. Ronnie won his next three bouts which included wins over Chris Freeborn and Ashleigh Grimshaw. Then Ronnie submitted Jordan Miller via triangle choke in the first round. He won his next four fights which included wins over Ivica Dzebic and Tetsuya Yamada. Mann earned back to back decision wins over Shigeki Osawa and Douglas Evans. In his North American debut, Ronnie defeated Josh Arocho via unanimous decision at Bellator 42 followed by a first round knockout of Adam Schindler at Bellator 46. Mann submitted Kenny Foster via triangle choke in the first round at Bellator 53. Following his stint with Bellator, Mann signed with Cage Warriors in 2013. At Cage Warriors 57 in Liverpool, Ronnie faced Spanish fighter Jose Luis Zapater and knocked him out in round one followed by a unanimous decision win over Russian fighter Marat Pekov at Cage Warriors Fight Night 9. Ronnie defeated Frenchman Moktar Benkaci via unanimous decision at Cage Warriors 73. In 2016, Ronnie signed with BAMMA and faced Scottish MMA standout Graham Turner at BAMMA 25 and knocked him out in the first round. This wily veteran has plenty of tricks at his disposal so be careful!