Many talented, hard nosed fighters have come from the Midwest region of the United States. 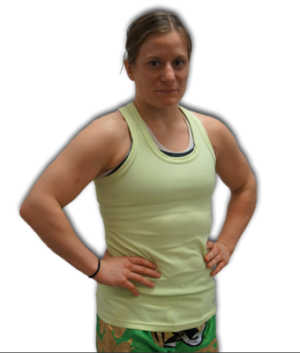 In today’s episode of Across The Pond, you will meet a dogged fighter whose grinding style makes her a rising prospect in women’s MMA. A professional since November 2015 and representing The Cellar Gym in Minneapolis, Minnesota,   Pam Sorenson owns a 5-1 record in six career bouts consisting of four decisions and one knockout.