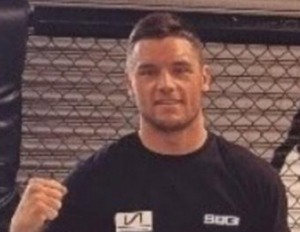 Dylan Tuke and others leading the way. In today’s episode of Across The Pond, you will meet another talented young gun looking to continue Ireland’s youth movement. A professional since April 2016 and representing SBG Ireland, Kiefer Crosbie owns a 2-0 record consisting of one knockout and one submission.

In his MMA debut at Battlezone Fighting Championships 15, Kiefer defeated Keith McCabe via TKO in round one. Then at BAMMA 27 in Dublin he submitted Conor Riordan via triangle choke in the second round. Ireland may have another bona fide superstar in their midst!