UFC Mexico City – Ones to Watch

by Myles Painter
in UFC
37

On August 5, the UFC will return to Mexico City with a card brimming with international flare. Here are some fighters on the card to keep an eye on. 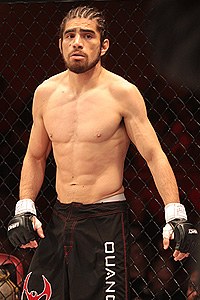 This Texas submission specialist and Legacy FC veteran owns an unbeaten 7-0 record heading into his UFC debut. Six of Roberto’s seven career wins have come via submission. I think whoever gets it to the ground first will hold the key to victory in this contest. Sanchez is coming off a round three submission win over Jerome Rivera at LFA 14 in June 2017. In fellow newcomer Joseph Morales,  Roberto is facing a fellow unbeaten who owns an 8-0 record consisting of four submissions, two knockouts and two decisions. Morales is coming off a second round TKO victory over Sean Santella at CFFC 64 in March 2017. Joseph is also the latest prospect to be signed to the UFC thanks to Dana White’s Looking For A Fight. Both of these Flyweight dynamos will be looking to bring the heat live on UFC Fight Pass. 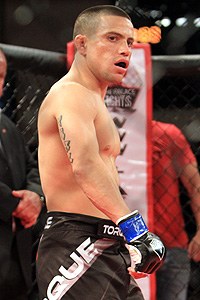 This Team Alpha Male product is well versed in every aspect of the sport. Hector holds a 14-3 record in seventeen career bouts consisting of eight decisions, four knockouts and two submissions. Sandoval is coming off a first round knockout of The Ultimate Fighter season 24 alumni Matt Schnell at UFN 108 in April 2017. I think whoever is able to constantly apply pressure will dictate the course of this contest.In Dustin Ortiz, Hector is facing an equally skilled veteran who holds a 16-7 record in 23 career contests consisting of six knockouts, six decisions and four submissions. Ortiz’s last UFC victory came in December 2016 at UFC 206 where he defeated Zach Makovsky via split decision. 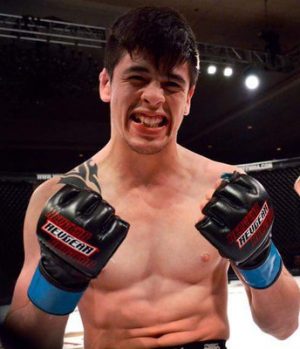 This TUF 24 alumni holds a 14-3 record in seventeen career contests consisting of ten submissions, three decisions and one knockout. Brandon is coming off a second round submission of Dustin Ortiz at UFN 108 in April 2017. I think whoever is able to maintain their composure under fire in the latter stages will obtain victory in this contest. In Sergio Pettis, Brandon is facing a man who owns a 15-2 record in seventeen career contests consisting of nine decisions, three submissions and three knockouts. Sergio is coming off a unanimous decision victory over John Moraga at UFN 103 in January 2017.