by Myles Painter
in MMA News
34

On August 31, Invicta Fighting Championships, the United States leading women’s MMA promotion, will hold their 25th event live on UFC Fight Pass. Here are three women to watch out for on this card. 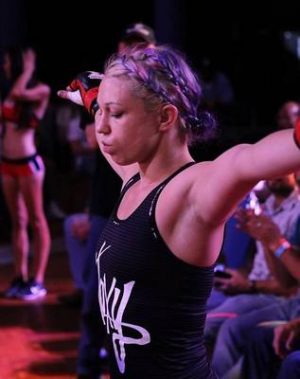 This Wisconsin submission specialist holds a 4-0 record consisting of three submissions and one knockout. I think whoever capitalises on an opening first and manages to get it to the ground will hold the key to victory in this contest. This will be Kali’s first fight since March 2016 where she submitted Miki Rodgers via rear naked choke in the first round at KOTC Shattered. In Sharon Jacobson, Kali is facing a woman who owns a 4-1 record in five career bouts consisting of two knockouts and two decisions. This will be Sharon’s first Invicta FC appearance since September 2015 where she defeated current UFC fighter Jamie Moyle via unanimous decision at Invicta FC 14. 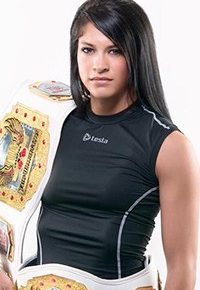 This hard-hitting Michigander owns a 3-0 record consisting of two knockouts and one decision.I think if Alyse uses her controlled aggression to pick Shino apart, she will ultimately end up being the victor in this contest. This will be Alyse’s first fight since November 2016 where she defeated Tushara Veerella via TKO in round three. In Shino Vanhoose, Alyse is facing a woman who owns a 5-5 record in ten career bouts consisting of three submissions, one knockout and one decision. This will be Shino’s first fight since December 2016 where she defeated Sarah Lagerstrom via TKO in the second round. 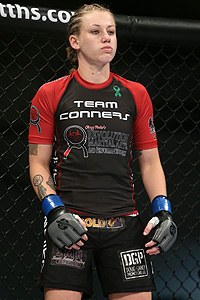 This South Carolinian owns a 4-1 record in five career bouts consisting of three decisions and one knockout. I think if Alexa is able to use her methodical and calculated striking to dictate the pace, she will ultimately come out on top in this contest. Alexa is coming off a unanimous decision victory over Calie Cutler at LFA 8 in April 2017. In Germany’s Katharina Lehner, Alexa is facing a woman who owns a 5-0 record with all five of her wins coming via decision. This will be Kathrina’s first fight since December 2016 where she defeated Judith Ruis via unanimous decision at RFC 18.