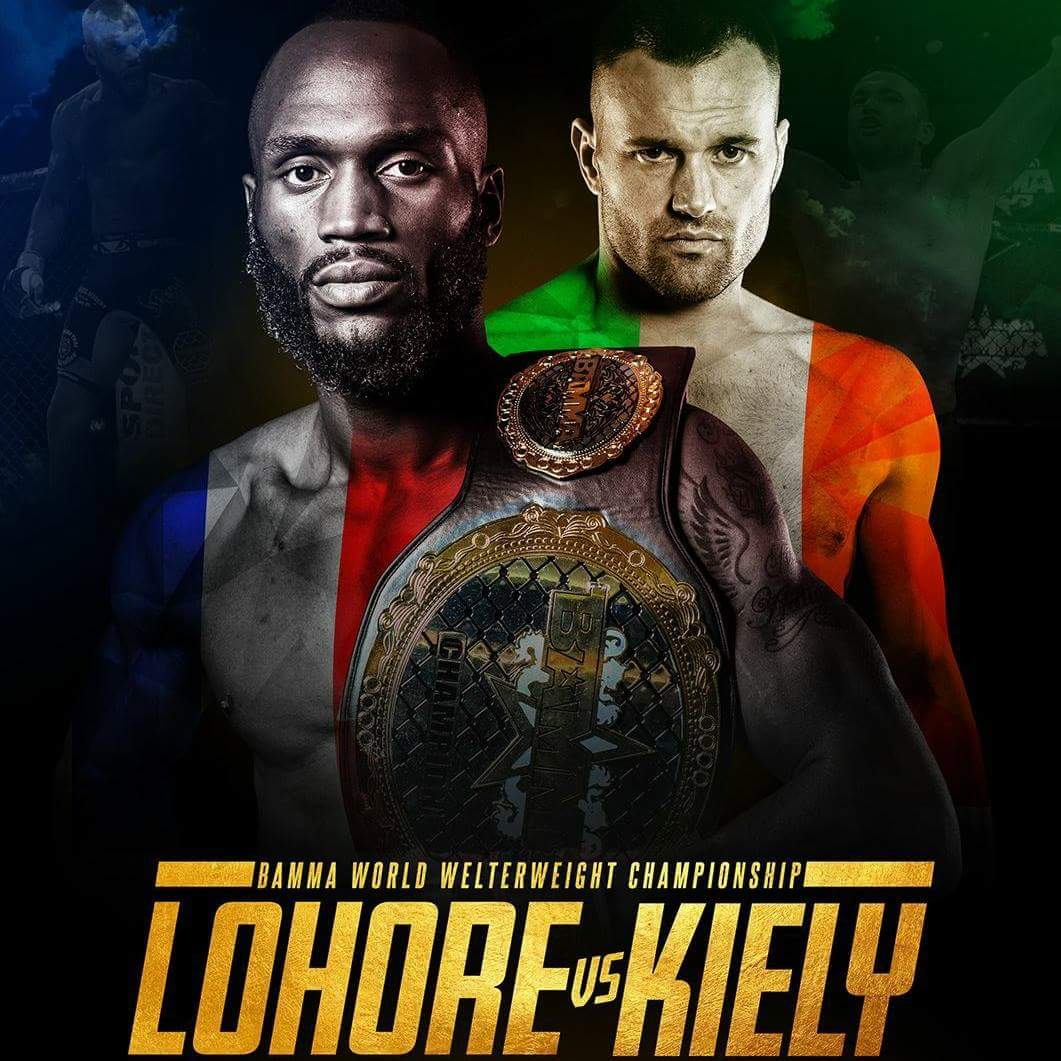 BAMMA announced last week that Alex Lohore would be defending his belt in Dublin against Richard Kiely.

Lohore will be going into hostile territory given Kiely hails from Dublin.

Kiely has given MMAUK his thoughts ahead of the match up.

Some people may be surprised that the self titled ‘Face of BAMMA’ has a title shot in only his third fight for the promotion. Not Kiely!

“I wasn’t expecting a title shot so soon however I’m not surprised either. You can see by the media circus that has occurred since the fight was announced that I generate huge interest. Couple that with the fact that I’m knocking people out cold and in style then it makes for a fight of the year contender.

It was Lohore who called out Kiely after his last fight, a first round KO of Nathan Jones at BAMMA 31 for the vacant welterweight title. Kiely gives his thoughts on being called out:

“My first thought was he’s either very brave or very stupid but on the limited fights he’s seen of me on face value it would seem a smart move. There’s no other fighter that can bring the main stream media attention he wants to this fight like I can. Look at how much hype has been generated around this fight already and we’re still 6 weeks out. What he hasn’t factored into the equation is that he’s going to get a few inches taken off his chin and going home beltless! LaWhore will be famous alright but it will be for the record of shortest reigning Champion in BAMMA history.”

Kiely comes from a long standing striking background, first degree in Kung Fu and also a highly decorated Kickboxing career. He expects to use his striking skills against Lohore. He also gives a tip for any gamblers!

Kiely said, “I see the fight playing out like all the rest. He’ll think he can stand with me, he’ll eat the hardest and fastest jab he’s ever felt and will panic, go for the shoot and will be knocked out in the first. Based purely on the volume of fights he’s had you’ll get great odds on me so if anyone wants free money place your bet on me knocking him out and then thank me later”

Some fighters could feel a bit more nervous fighting for a belt let alone having the pressures of fighting in front of their home crowd,  however Kiely believes he is not the type to feel pressure.

He said, “Do I strike you as the type that feels pressure? I’m a performer, I thrive off this. It’s just a different platform to perform. Some people sing, some people act, I just happen to knock out world champions in 3 fights while becoming BAMMA’s biggest draw.”

The ever confident Kiely had a message for Lohore, “This is the Richard Kiely show. You should be thanking me for letting you participate however it will cost you one gold belt and one chin. Make sure you shave it, I don’t want to get hair on my trousers when I’m carrying your chin home in my pocket!”

The fight takes place on 10th November at BAMMA 32.