by Lewis Smith
in Cage Warriors
29

All 10 competitors scheduled for action on the main card of Cage Warriors 87 made weight at the official weigh-ins this afternoon in Newport, Wales. 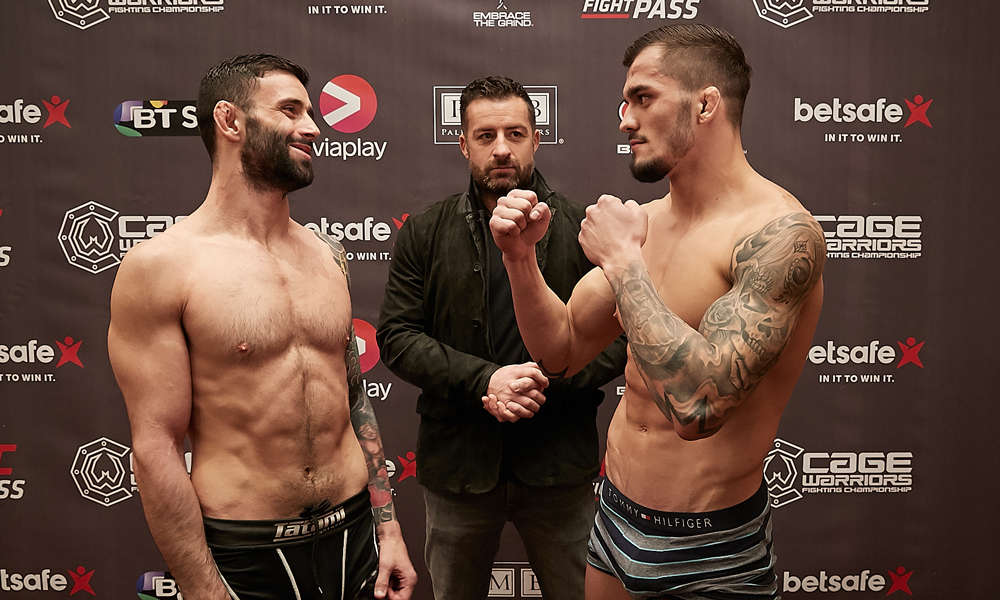 The event will feature two welterweight match ups, where all four fighters could potentially challenge for the Cage Warriors welterweight title in the near future.

In the main event Wales’s own Lewis Long, made championship weight by coming in under the 170lb weight limit. His opponent Roberto Soldic however needed to use the 1lb leeway for non-title fights, tipping the scales at 170.3.

In the Co-main eventer Craig ‘Thundercat’ White also hit championship weight, coming in at 170lb, with his opponent Matt Inman, weighing in at 170.5lbs.

Popular Welsh featherweight Jack Shore also hit the mark at (145.3) and will compete on home soil against replacement, Mattia Galbiati (145.2) on the main card.

The preliminary card will be streamed exclusively live via the Cage Warriors Facebook page.