by Lewis Smith
in Cage Warriors
30

Cage Warriors 87: And things just got heated at the Newport Centre. The venue that has now become a main staple in the Cage Warriors diet, was once again able to deliver a fight card of the highest calibre possible over the weekend. I was at cage side to report on an evening of action packed fights – that evoked the full rollercoaster of emotions generated by a mixed martial arts event. 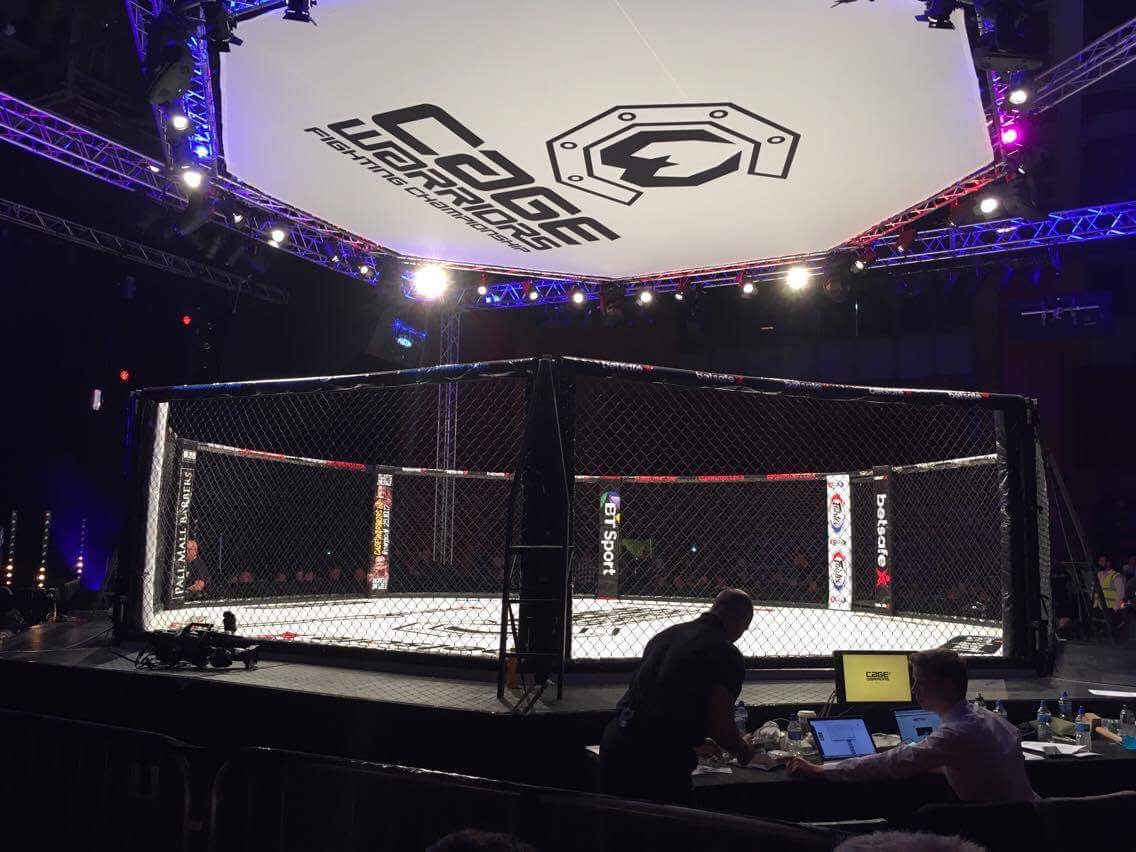 This was my second time covering a Cage Warriors event in Newport, and although I entered the arena with high expectations for the card, every one of them was met. From the outset, I was pleasantly surprised by the level of skill displayed by the 10 amateur fights that kicked off the evening. Under the unified rules, each of the amateur competitors showed the attitude and ability it takes to make it as a professional. As a fan it was very exciting to see these young men performing at such a high standard, and bodes very well for the future of MMA in the UK.

Once again I was able to talk with several notable figures within the Cage Warriors brand, who were more than happy to talk and pose for pictures with fans. Firstly, president Graham Boylan who was able to give his thoughts on the main card. 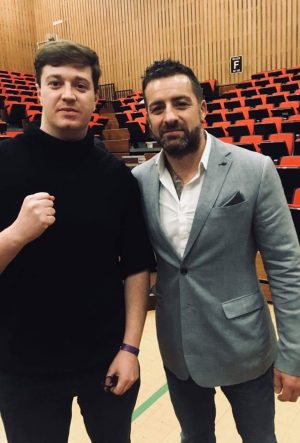 Josh ‘Crazy Horse’ Reed was also in the crowd to support a number of teammates who were competing that night. Josh is in good spirits after his epic battle with Nathaniel Wood, where he narrowly missed out on the Bantamweight title. Already back in training, Reed is set to return to action in March where he will headline Cage Warriors 91 against Marco Kovacevic.

My first shout out for the evening goes to Mason Jones who put on a dominant display in his match up with Shaun Luther. Jones showed patience and control throughout the fight, eventually leading him to a late stoppage, Via rear naked choke. Expect big things from Jones in the future.

Secondly, Scottish talent Ross Houston who defeated Aaron Khalid by unanimous decision, announced himself as a dangerous talent in the welterweight division.

Kris Edwards was also on the card and looked better than ever in his match up against Bryan Creighton. Kris has developed a knack for taking his opponents back, and proved once again that if he gets there, he is deadly. This victory led nicely into what I considered to be the unofficial main event of the evening, where local star Jack Shore met Italian fighter, Mattia Galbiati. 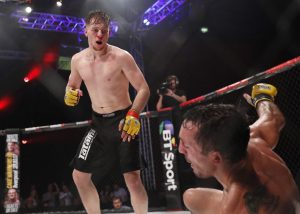 The level of excitement was off the scale as Shore entered the cage, and his subsequent performance didn’t disappoint. While there were some questions over Shore’s striking ability leading into the fight- the answers seem clear now. If you thought Jack Shore was just a grappler, you were seriously wrong.

The composure the young Welsh man showed while methodically picking apart his opponent on the feet was outstanding. Credit must be given to the durability of his opponent who was a late replacement for the bout, however a victory for Shore never seemed in doubt.

After knocking Galbiati down with a punch in the first round, then showing his usual diligence on the ground in the second – Jack was finally able to land the knockout blow towards the end of the third – with a well timed knee that will make a grand addition to his highlight reel. Shore it seems has the talent, as well as the love of the people, and a title shot will surely be in the near future for this rising Featherweight.

It’s difficult to remain neutral if your a Welsh fan in Newport. This became evident to me as the fighters entered the cage for the main event. Lewis Long would face Roberto Soldic, in a match up where a win would surely mean a title shot for the Pontypridd native. Unfortunately for the home fans Soldic hadn’t read the script, taking just moments to land his powerful left high kick that rendered Long unconscious.

It was a shock, it was brutal, and it was everything we love about MMA. Now with his first victory as a Cage Warriors fighter, it would seem Roberto Soldic will claim the next shot at the welterweight title, and deservedly so.

For Lew this will be a tough one to swallow, but all isn’t lost. He has dealt with defeat in the past, and with his strength of character and ability in the cage, I believe he is more than capable of coming back stronger than ever. Once again we will look forward to when Cage Warriors return to Newport in 2018, as well as the promotions next stop in Liverpool for CW88 later this month.

Another fight added to a stacked UFC 218