Midwestern MMA is known for producing formidable fighters who never shy away from a challenge. In today’s episode of Across The Pond, you will meet a hard nosed fighter whose tenacity makes him one of the Midwest’s rising prospects. A professional since September 2011 and representing United Martial Sciences, 27 year old Kelvin Tiller owns a 8-1 record in nine career bouts consisting of five submissions, two knockouts and one decision. Kelvin is a Bellator MMA veteran and has also competed in Shamrock FC. 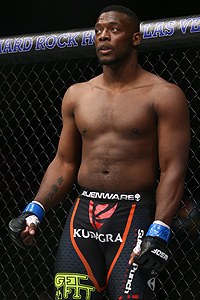