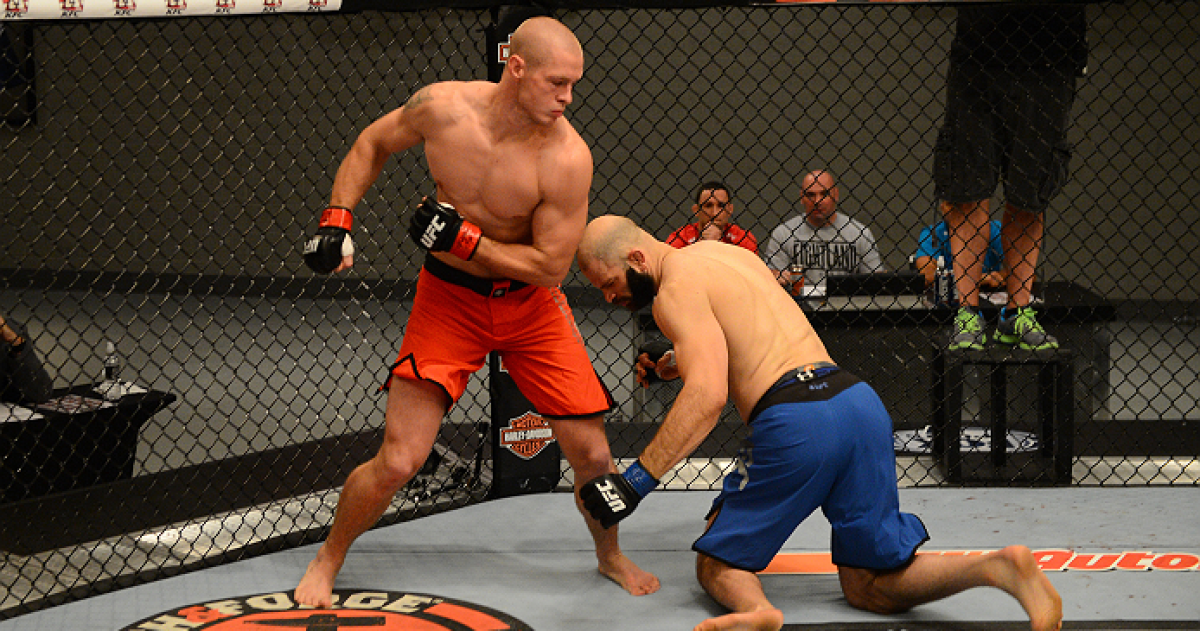 Many alumnus of The Ultimate Fighter have gone on to find success in other promotions across the globe. In today’s episode of Across The Pond, you will meet a Midwestern grinder looking to secure the Cage Fury Fighting Championships Light Heavyweight title at Cage Fury Fighting Championships 69 on December 16. A professional since November 2009 and representing Ronin Training Center, Dan Spohn owns a 16-5 record in 21 career bouts consisting of six knockouts, five submissions and five decisions. Dan is known for his time on The Ultimate Fighter season 19 as a member of Team Penn and is also a Bellator MMA veteran. 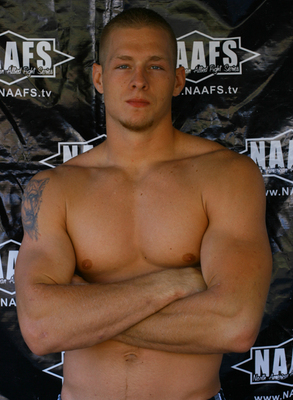 In his MMA debut, Dan submitted Josh Stansbury in the second round via guillotine choke. He won his next four contests which included wins over Josh Hendricks and John Hawk respectively. At Bellator 51, Dan knocked out Dane Bonnigson in the first round. He submitted his next two opponents in Robert Morrow and Aaron Mays respectively. In 2014, Dan was chosen to be a part of The Ultimate Fighter season 19 cast as a Light Heavyweight. To get into the house Dan knocked out Tyler King in the first round and was the third Light Heavyweight selection for Team Penn. In episode three, Dan defeated Todd Monaghan via unanimous decision. He won his next four contests which included wins over Michael Cockerham and Lewis Rumsey respectively. He defeated his next two opponents via TKO in Jeff Hughes and Robert Morrow respectively. At Hard Knocks 53 Dan defeated Flavio Rodrigo Magon via unanimous decision. In the main event of Dana White’s Tuesday Night Contender Series 2, he submitted Angel DeAnda in the first round via arm triangle choke. At Cage Fury Fighting Championships 69 on December 16 Dan will face Anton Berzin for the Cage Fury Fighting Championships Light Heavyweight title. Good luck Dan!

Interview with Dan done by Mick Kane of MMA UK-

MMAUK: You are scheduled to meet Anton Berzin for the CFFC title next month. What do you know of your opponent and how do you see the fight playing out?

DS: I feel like this fight will play out well for me. I know Anton is a black belt in BJJ, but I train with the best Vitor Oliviera, at Ronin Training Center. I know I can win the belt!

MMAUK: Your last fight was against Angel DeAnda on Dana White’s Contender Series, you recorded a 1st round submission win. How was it to be part of that show? Do you feel you deserved a UFC contract? Do you feel your chance to sign with the UFC may have passed?

DS: I feel like the show was a positive experience, UFC is more of a marketing company. I guess I didn’t throw out enough F-Bombs. I will fight to achieve my legacy! Regardless of whether it is with UFC or not.

MMAUK: You competed on The Ultimate Fighter series 19, in which you reached the semi-finals, Can you tell us a bit about that experience?

DS: I think tuf was a very unique, and interesting experience. I haven’t done anything quite like it since, I’m glad i can say I took part in it. I wish I could do it again with the experience and knowledge that I have now.

MMAUK: How did you become involved in MMA?

DS: I got into MMA, by the suggestion of a friend. I was already a high level martial artist, and had a black belt at the time. It was a test for me to see if my skills held up. I’ve been hooked ever since.

MMAUK: What do you still hope to achieve within MMA?

DS: I still plan on being one of the best there has every been, this is still a test to me. I will do what is right be me, and give it my all!