by Lewis Smith
in UFC
51

After news broke that Max Holloway was out of his main event clash with Frankie Edgar at UFC 222, it seemed the second instalment of Dillashaw Vs. Garbrandt was set to take its place. 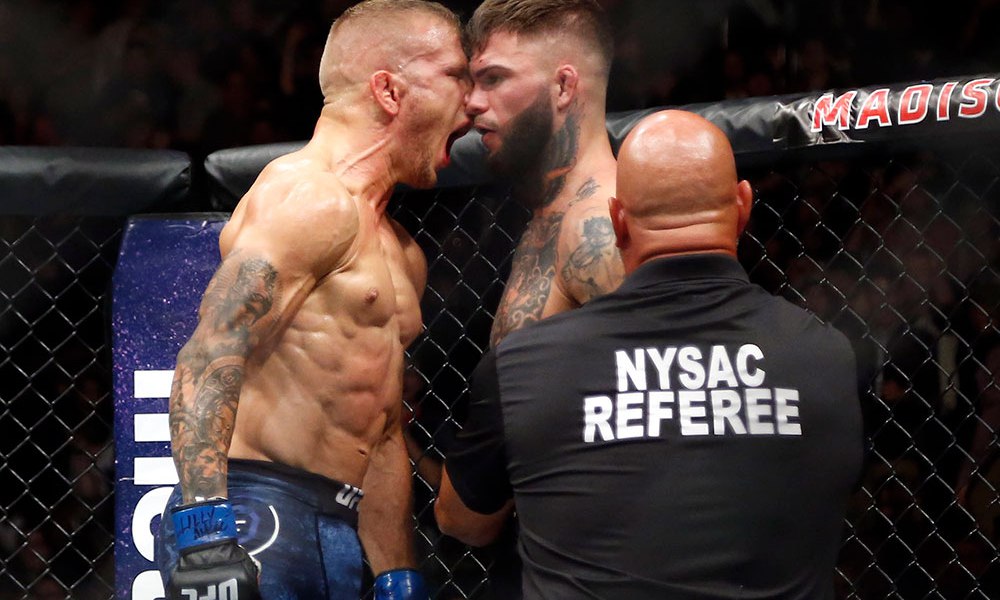 Though Bantamweight champion, Dillashaw, was quick to rule out the match up with his former team-mate.

“It took me two years to get a title shot back, now they want me to defend it on four weeks notice?” Said Dillashaw in a recent statement. 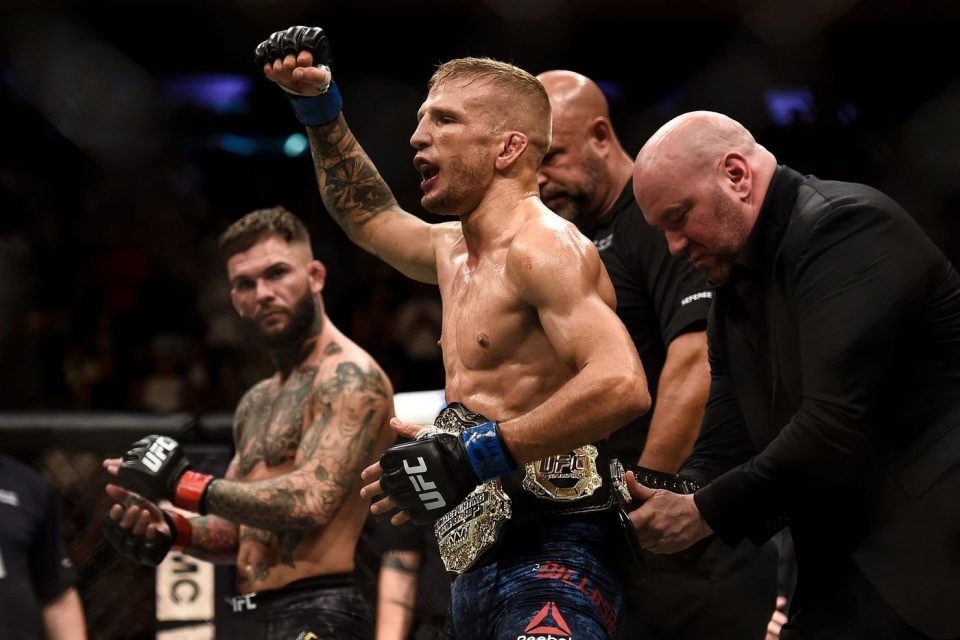 “I have a five-week old son. I’m not training. My camp is in California and I’m in Denver right now. And all this to face a guy who doesn’t deserve a rematch to begin with? I lost a split decision to Dominick Cruz when I lost my belt, the UFC told me they thought I won that fight and it still took me two years to get it back.”

“I had to wait through Cody’s back injury last year, all of TUF bulls**t. I told the UFC I’m not doing it. I’m shooting for the Demetrious Johnson fight in July.”

While many fans will be disappointed not to see the rematch between Dillashaw and Garbrandt, it would seem for now Dillashaw is prepared to wait for the return of pound for pound king Demetrius Johnson later in the year – for a champion Vs. Champion match up.

Who would you like to see Dillashaw fight next? Have your say in the comments below.