by Frankie Anderson
in Cage Warriors
26

Liverpool’s own Molly McCann, one of Europe’s fastest rising female prospects, will face multiple-time national and European champion Bryony Tyrell for the vacant Cage Warriors World Flyweight Title. Paddy Pimblett, one of the biggest U.K MMA stars outside of the UFC, will also fight for redemption against battle-tested Greek submission specialist Alexis Savvidis.

Many more local heroes from Liverpool and the North West will look to secure wins for a massive home crowd, with top-ranked athletes from across Europe travelling to the Echo Arena to challenge them. In 2 potential fight-of-the-night contenders, Shawn Kenny, a teammate of Pimblett and McCann and one of the hardest-hitters in the heavyweight division, will take on Austria’s Ruben ‘The Viking’ Wolf, and Liverpool native Lawrence Fitzpatrick clashes with Norwegian knockout artist Alexander Jacobsen.

As well as the fight action, CW90’s meet and greet is free for all ticket holders, and give fans the chance to meet world champions Lee Chadwick and Chris Fishgold, UFC Strawweight Amanda Bobby Cooper, Cage Warriors and ex-UFC Ring Girl Edith Labelle and top worldwide MMA official Marc Goddard. The meet and greet will take place on the arena concourse at 8.15pm. 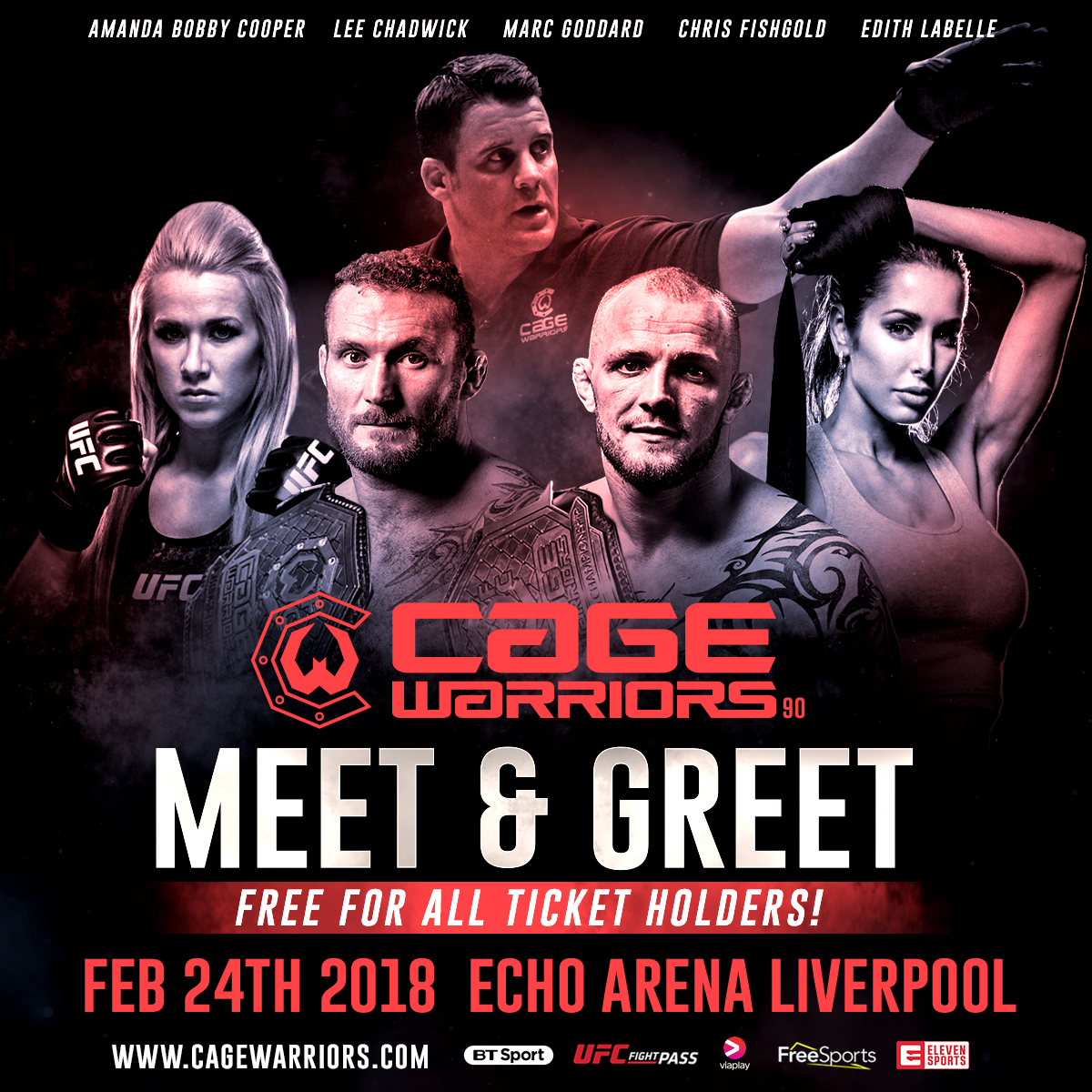 Cage Warriors President Graham Boylan confirmed last week that all lower tier tickets have now SOLD OUT, with more upper tier sections having been opened up to meet demand. “The Liverpool shows never disappoint,” Boylan said. “The fans are known for creating a ridiculous atmosphere inside the Echo, and you’ll be able to hear the noise in there for miles when Pimblett kicks off the card, when McCann fights for the title and when any of our North West guys walk out.” To avoid disappointment, fans are advised to secure their tickets early this week from the Echo Arena website here.

The stage is set for one huge night to kick off Cage Warriors’ 2018 calendar!

Cage Warriors has a host of premium broadcast partners, serving countries across the globe. You can watch our main event on UFC FightPass and BT Sport 3 at 9 pm.

Full fight card announced for ONE: Visions of Victory